I was scrolling through Facebook when it popped up. “Live! America’s Frontline Doctors address COVID-19.” A group of physicians in white coats stood before the Supreme Court, speaking into a microphone. As I stopped to watch, I was surprised to see several familiar faces—physicians I had interacted with on various social media physician groups.

I knew from reading previous posts on social media that these doctors were proponents of the drug hydroxychloroquine to treat COVID-19 and that they were sincere about their belief that this medication could save lives. Stella Immanuel, MD, for example, had freely shared her protocol for treating COVID-19 with other physicians in one of my online groups, noting that she had successfully treated over 300 patients with a regimen that included hydroxychloroquine.

Within minutes of the press conference airing, my social media feed exploded with discussion about these “frontline doctors,” with some lauding the doctors for their courage and others lambasting them for failing to follow evidence-based medicine. As often occurs on social media, the conversation quickly intensified, with criticisms like, “since when is an ophthalmologist ‘ frontline’?” and calls for the doctors’ medical licenses to be revoked. As more information about Immanuel’s unorthodox views on spirituality in medicine came to light, critics, including other physicians, began personal attacks on her character, calling her a “witch doctor” and a “quack.”

I found the harsh criticisms from my colleagues deeply concerning, perhaps because of my personal connection with some of these physicians. And while I disagreed with the views presented in the press conference, I’ve also been practicing medicine long enough to have seen the pendulum of “evidence-based” medicine swing both ways.

For example, I still remember exactly where I was when I learned that the Women’s Health Initiative study had shown that hormone replacement therapy was no longer recommended for postmenopausal women. I recall being completely stunned by this complete 180, especially considering that part of my final exam in medical school just a few years before had been to convince a patient of the benefits of hormone therapy. How could a major medical recommendation change so drastically, in such a short time?

This experience, along with other changes in medical dogma over the years, has taught me to be cautious when analyzing medical recommendations. I have learned to explain to patients that my advice is based on an understanding of the best scientific information available and that my opinions may change based on new information. In politics, they call this “flip-flopping.” In medicine, we call it the scientific method.

Changing our beliefs in light of new evidence can be difficult, even for physicians. Part of the problem is confirmation bias, a psychological phenomenon in which we subconsciously seek information that supports our beliefs while rejecting evidence that contradicts our beliefs. Unless we make a conscious effort to avoid this bias, social media only fuels the fire as we surround ourselves with “friends” who have similar views to our own.

Interestingly, psychologists have found that having a bit of doubt about an issue can cause us to become even more vehement about our viewpoints, and can lead to impassioned—and sometimes uncivil—discourse. Although social media has made it easier to pronounce judgment on our peers from the safety and comfort of our computer screens, physicians attacking each other is nothing new. Ignaz Semmelweis, the first doctor to recommend hand washing in maternity clinics in 1847, was humiliated by his peers, fired, and eventually ended up in a mental asylum. Peyton Rous, the first scientist to suggest the link between viruses and cancer in 1911, was criticized so harshly by other researchers that he gave up cancer research for two decades. Nigerian pathologist Bennet Omalu’s ground-breaking 2005 research on traumatic brain injury from sports was attacked by physicians supposedly paid by the National Football League (NFL).

Will Stella Immanuel turn out to be another Semmelweis or Omalu? Probably not, as evolving scientific evidence continues to disfavor the use of hydroxychloroquine. Although I understand the passion and desire to offer something to desperate patients, practicing medicine based on theory, anecdotes, and expert recommendation is no longer good enough. We know that many treatments previously recommended in this way turned out to be ineffective and even dangerous. And in a time of public desperation, skepticism, and anger at the medical and scientific establishment, ignoring the scientific method and recommending unproven treatments has the potential to be very dangerous for the medical profession.

Physicians have an important role in speaking out against unproven treatments, even when presented by our peers. But rather than condemning these physicians or engaging in personal attacks, we must work to present our opposing viewpoints with reason and compassion. Although it may not seem like it from social media, patients are willing to listen to calm and logical explanations, especially coming from a personal, trusted physician.

I know this because of my own experience. As media coverage of the Frontline Doctors increased, I became inundated with messages from my patients requesting hydroxychloroquine, zinc, and azithromycin.  Rather than responding harshly (as was my initial reaction), I took a deep breath and templated a calm response, explaining my rationale for holding off on the use of these medications—and promising that I would be the first to prescribe such medications if the science became clear that they were warranted. The result? Every single patient responded positively, thanking me for my response.

Physicians must be permitted to discuss our viewpoints without being silenced. When we disagree, we must engage in Socratic questioning and civil discourse, rather than personal attacks or “cancel” culture. We must not allow the system to turn us against each other or to use us for political strategy.  By doing this, we can show the public that our loyalties lie in only one direction: providing the best patient care possible. 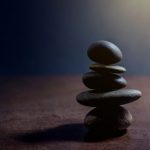 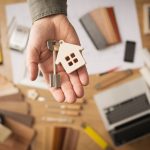