I have been nourished by cafeteria food since elementary school. I remember the public school pizza squares with its melted artificial cheese, the fruit cocktail drenched in sickeningly sweet syrup, and 2 percent chocolate milk pints—costing $1.65 per meal. In college, I enjoyed access to a wider selection, including $6.50 custom omelets and midnight mozzarella sticks to fuel late-night study sessions. However, nothing came close to the quality and the price of the cafeteria at the new Stanford Hospital.

The state-of-the-art hospital at my alma mater had opened in late 2019 and cost $2 billion to build; an upperclassman aptly described it “a machine meant to bill Medicare at the highest levels.” Similarly, its cafeteria befit the caliber of clientele that the hospital hoped to draw. The cafeteria had the curved, Apple-sleek look and offered a variety of meals, including açaí bowls, udon noodle soup, and made-to-order sushi rolls. For a medical student like me, however, the cafeteria may have been near unaffordable, with a full meal costing between $10-16; still, compared to the restaurants of Silicon Valley, this was a deal.

Eventually, as a medical student applying to an advanced residency, I knew that I had to leave my institution unless I wanted to do a preliminary surgery year (no thank you). I was eyeing the preliminary/traditional programs at the affiliated county hospital where I had done many of my third-year rotations. This place had everything I wanted for my intern year, including an underserved patient population, a generous elective schedule, and proximity to my significant other. The only major concern, however, was the cafeteria. The cafeteria at the other hospital was everything that the cafeteria of Stanford Hospital was not. The old linoleum floor crackled with every step. The offerings were unadorned, homely, and calorific American comfort foods, typically in a shade of yellow or brown.

However, this particular cafeteria had a few bright spots; the intern program catered delicious lunches from local restaurants during weekdays, gave us meal cards with $122 preloaded every month, and the cost was dirt-cheap, about $5-7 per meal. Last but not least, the hospital had Pancake Fridays, the weekly tradition celebrated by different specialties and teams. During my OB/Gyn, pediatrics, and general surgery rotations, the senior residents would volunteer to stand in a long line early in the morning as the interns pre-rounded and bring back heaping plates of pancakes fresh off the griddle, studded with blueberries, banana slices, and gooey chocolate chips. The event was unofficially sanctioned by the attendings, so the trainees knew it was an opportunity to catch one’s breath.

Unfortunately, before I officially joined the hospital as an intern, COVID-19 had put a stop to all of that. In order to minimize as many human-to-human contact as possible, the crowd-gathering Pancake Fridays were nixed.

One of my new attendings, who herself had enjoyed the good old days of Pancake Friday as a resident, brought with her to-go Denny’s pancakes, which the team ate outside as we watched a red rescue helicopter descend in the helipad. In retrospect, the pancakes from Pancake Fridays probably weren’t even all that great to begin with. But it was a treasured, protected opportunity and a moment of peace before the craziness of rounds.

And although the old cafeteria has transitioned to prepackaged foods like sandwiches and processed snack foods, it still became my sanctuary in the quiet liminal moments after pre-rounds and before morning reports. During this time, I sip my rehydrated instant coffee and run the list of patients in my head. Regardless of the shape or form or offerings of hospital cafeterias, It’s been the best place to gather my thoughts and to prepare myself for the coming day. Our cafeterias are our source of nourishment, our source of comfort, a place of refuge in our busy schedules.

Yoo Jung Kim is a medical intern who blogs at Scope.

Can what you eat worsen your ADHD? 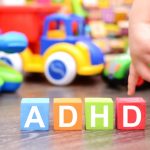 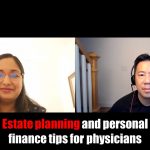 An ode to hospital cafeterias
1 comments