Setting: An impersonal, windowless conference room within a hospital

Characters: A nurse in charge (NIC), a department chair (DC) and me (ME)

NIC: Thank you for joining us to discuss the report you made of unprofessional behavior in the operating room. We’d like to start by letting you know that in this institution, we have a culture of informality. When I first got here, I found it unsettling that doctors were called by their first names in meetings.

ME: We’re not here because someone called me by my first name.

DC: What do you mean?

ME: Someone called me babygirl in the operating room. It’s a diminutive term for children. My seven-year-old niece is too old for the term. I called her babygirl the other day, and she snapped back “I’m not a baby.”

DC: Some of my family members call me babygirl even though I’m a middle-aged woman. It is meant as a term of endearment. I kind of like it.

ME: So … you would rather be called babygirl than your first name in the operating room by staff?

DC: That’s not what I mean. It’s that disrespect was not intended. The culture is informal, and many of the staff have long-standing, close and relaxed relationships with many of the physicians here.

NIC: This is a good point. I spoke with [Surgical Tech] who called you babygirl, and we should consider her intent. She felt as though she had previously had a tense interaction with you, and she wanted to smooth things over. Some of the staff tell me that they find it difficult to ask you questions?

ME: Questions like the ones I was asked this week?

NIC: What do you mean?

ME: Well, “chlorhexidine is so soapy, do we really have to use this as the prep?”; “Dr. [Older White Man 1] never puts his patients in lithotomy, do you really need to?” These are two questions I was asked this week that I wouldn’t really consider questions. And while we’re discussing our concerns about communication in the operating room. I also hate chitchat in the operating room. It makes it difficult for me to concentrate. But I have been having trouble getting the staff to cooperate.

NIC: Dr. [Older White Man 2] also doesn’t like chitchat in the operating room. The staff all know this and are very respectful.

DC: What I usually do is tell the staff in the room what my preferences are before the start of the case.

NIC: Yes! You should let the staff know that you don’t like chitchat. Some surgeons do, and some don’t. Think about how difficult this is on the staff. One surgeon like you, doesn’t want extra talking. The next surgeon looks at them and says, “Why are you so quiet today. You should talk more?” You need to make your preferences known.

ME: Well. I usually say this during the time out. I wonder why the staff pay attention to the preferences of [Older White Man 2] but not mine?

NIC: That’s great! So you already do this. We’re all set!

DC: Thank you so much for coming here to this meeting today.

NIC: Yes, thank you. This was a fantastic meeting.

ME:  [Exits the conference room with a confused expression]

Being a neonatologist and a mother 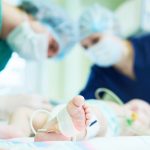 A COVID-19 conversation with 2 cardiologists [PODCAST] 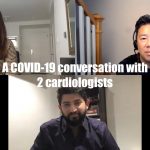 A discussion about unprofessional behavior: a play in 1 act
2 comments