Burnout is a huge problem in medicine. There are a lot of reasons for that, the most commonly cited of which are overwhelming bureaucracy and administration work and perceived under-compensation. Many doctors say the same thing: “I just want to take care of patients, but all of this stuff gets in the way.” I think reflecting on our “why” is critical to help fight burnout. Here are some of my reflections, and the discussion about day trading that prompted them.

I like to keep track of things that are going on outside of medicine. One of those things is finance and emerging tech news, via podcasts and newsletters. Out of the blue the other day, my brother told me that I should get into day trading. He said, “you’re good with numbers; you could make some money.” There’s definitely a lot to say to that, but my response (and opinion) about day trading was clear: “even if I could make money, I wouldn’t ever day trade. It’s complete bull.”

Full disclosure: I have no intention of offending an entire industry or discrediting their work. However, my opinion is what it is – day trading is largely an artificial industry created to predict behaviors of less-educated or amateur traders and profit from them. The ease, cost, and accessibility of trades for the general population have led to an explosion of amateur traders over the past few years. Anyone with a bank account and an iPhone can start making trades. It’s got the same thrill and addiction of gambling – the right call can turn your $1000 from high school graduation into 10x overnight. The next Hertz could be your chance. If you invested $50,000 in Tesla stock instead of buying a Tesla last year (or any year), your money would be worth multiples of that now. The problem is that it’s a zero-sum game – the amount of money is finite, and any money you make or lose is coming from or going to someone else. Maybe there’s a reason that trading wasn’t so accessible before. Maybe some regulation and friction are important.

So, what’s that got to do with physician burnout? The answer is simple: what we do (usually) is very much not bull. No matter how painful it can be, we have the privilege to help real people with real problems and make them better. I don’t mean to paint doctors out to be heroes. Instead, I want to remind everyone why we do what we do. I want to remind myself why ten extra years and $200,000 in debt are worth it, because they are. I’ve been fortunate enough to help fix someone’s broken bone; replace their painful, arthritic joint so they can ride horses and make a living again; or give them a stable shoulder so they can play with their kids again. That’s real. That’s not a zero-sum game. There’s no artificial value creation, elaborate mind games, projections, or predictions grounded in little reality. These are real people who trust us to help them, and we have the privilege and ability to do so. Yes, we want to get paid. Yes, we want it to be easier. Yes, it’s challenging to function in the poor work environments under immense pressure. When I said why I’d never day trade, my brother responded: “Most things are bull.” The thing is, what we do isn’t. I am exceedingly fortunate to have found a profession in which I don’t need to “take” from others to make my own living. No one can change that. Remember it. Write it down. Remind yourself and your colleagues and team members.

In his TED Talk and best-selling book, Simon Sinek says that for anyone who wants to reach their personal and professional peak, they have to “start with why.” If you’re feeling burned out, or wondering how to stay motivated, or asking yourself if you really need to keep patiently listening to patient X on the phone or get out of bed and look at the X-rays for patient Y at 3a, pause for a second and remember why. Medicine is not bull.

It’s hard to stay motivated. The grass often looks greener on the other side, but remember that a lot of things going on in the world are based on artificial or perceived valuation. Medicine is real, tangible, and helps people. Don’t forget that. Remember your why.

Midhat Patel is an orthopedic surgery resident and can be reached on Twitter @midpatelmd.

The withdrawal of effective sexual offender treatment during COVID-19 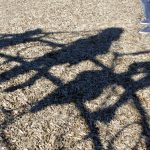