The murder of George Floyd at the hands of police officers in Minnesota has awakened a country out of hibernation and put Black Lives Matter on the national platform. Practicing primary care in Springfield, Massachusetts, I have known for a long time that Black lives do matter. It is important to understand that Black health matters and blank education matters as well. The Black on Black violence needs attention as many of my patients have lost children to gang members and fights. A number of my female patients are single moms raising children with multiple fathers that are nowhere to be found.

I trained in Brooklyn, New York, as s Pakistani Medical graduate and was exposed to health concerns among the Black community at an early age. It is striking to see that Black men remain very suspicious of physicians, particularly white physicians. In fact, most of them do not seek routine medical care. One of my female friends had to convince me to call her husband and explain to him why it was important to have a wellness visit. It took a lot to get him into the office. He has been coming every year since then and is interested in his preventive care. I think my being of Southeast Asian descent has also helped me make connections with my Black patients. There is a trust that is formed quickly and has often transformed into friendships.

The delay in seeking care has put Black lives at particular risk.  We can see this, especially at the time of the coronavirus pandemic, that African Americans are especially susceptible because of underlying issues including but not limited to diabetes, obesity, hypertension, COPD. A lot of these conditions can be prevented through public policy and providing robust primary care, which is lacking. As a result, Black men are likely to present much further down in the disease process and thus have poor outcomes. There are also issues with compliance and follow up due to some of the issues that I identified earlier.

As we wake up from this stupor, we have, for centuries, neglected a large proportion of our population, taking away basic rights of health, education, preventive care, and public health. My Black patients tend to live in communities that are relatively poor and have less access to unprocessed food, clean water, and lack the means to have adequate self-care. It remains to be seen when Black health will start to matter.

The prejudice and racism impact the patients, and studies have shown that they do not get the same care for common diseases like myocardial infarction, congestive heart failure, certain types of cancers as their white counterparts. This culture of racism is not limited to patients and extends to Black health care professionals. A lot of nursing care where I trained in New York was provided by nurses that were of color. These were hard-working women that were also mostly single mothers and working several jobs to support their family. I am indebted to these nurses at Cook Kings County Hospital that taught me the art of practicing medicine, especially critical care and inpatient medicine. They would teach in a subtle way not to hurt my physician ego. Fifteen years after working in many different hospitals, I recognize that they were never appreciated like nurses from other races and nationalities.

There is also a lack of leadership positions for people of color. I often see boardrooms and C- suites filled with predominantly white men and some women mostly sipping coffee from an expensive coffee retailer discussing health care needs of a predominantly Black community without any firsthand idea of the problems that they are facing.

It is extremely sad to wake up to the fact that one of our Black brothers would die choking and gasping for life and saying that he couldn’t breathe and calling his mother while his life was taken away from him in a stranglehold at the hands of a white police officer. I am not sure how long we are going to continue to condemn Black Americans whose fate seems sealed at birth. The chokehold is applied very early in life with the inability to run away and make their own course, rather continue to be held back slowly being deprived of air and never being able to enjoy the full freedoms of being an American.

As I was moving to a white suburban neighborhood in Massachusetts, one of my movers was an African-American from the Southern United States and took one look at my house and said to me that you being a Pakistani immigrant has achieved more in this country than several generations of African-Americans from my family.

I often hear from my colleagues that you can change your situation in America with hard work. Although this is true that in this great country, anybody can achieve their dreams if they put their mind to it, but at the same time, I need to acknowledge a certain unseen hand that seems to hold back families of color.

The motivation to write this article comes from the death of one of my dear Black patients at a young age of 34. He was a well-respected basketball player and coach in our community. He was given the opportunity to enjoy access to health but could not fight his fate and succumbed to autoimmune disease. Many of these patients do not have this luxury. They do not have anybody guiding them into why preventive health is important early in life. Lack of early childhood care and education leads to a life of violence, drugs, and sometimes poor opportunities.

It is high time that we make a public policy to focus on Black health and open doors to more African-Americans to become health care professionals and reach out to the community to break centuries-old biases that lead to lack of trust and build health care centers where Black men and women can get the same care as any other Americans. Black lives will not start to matter until Black health matters.

Talal Khan is a family physician and can be reached at Personal Primary Care. 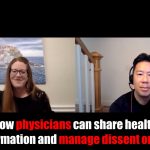 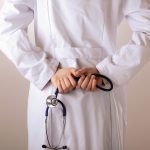