I’m exhausted. I don’t think I’ll be able to forget these sleepless nights with the sight and sound of protesters in the streets right outside of my apartment. I’ve lied awake until 2 a.m. watching videos on Twitter taken by protestors themselves, torturing myself with the displays of violence that are complex to understand, but shocking nonetheless.

As I watched police officers and protestors clash on the lightbox in my hands, I had no question that being a police officer is a challenging job. I also wondered something that I’m sure many are wondering right now: How exactly does one become a police officer?

According to The Balance, in addition to a basic abilities test, a thorough background investigation, a credit check, a polygraph exam (in some states), physical abilities testing, and medical screening, there is a psychological screening that consists of a battery of checklists likely including the Minnesota Multiphasic Personality Inventory (MMPI).

Subsequently, a face to face interview with a psychologist determines where a potential candidate stands on the traits below, according to Dr. Gary Fischler, a forensic psychologist at the University of Minnesota:

Timothy Roufa, major and chief technology officer for the largest statewide law enforcement agency in Florida, writes: “Pre-employment psychological screening does not determine a candidate’s sanity or lack thereof. It assesses a candidate’s suitability for this particular job.”

I’m not sure how a psychologist, who has likely never been in the shoes of a police officer, can determine a candidate’s suitability for that very position after a 30 to 45-minute interview and a review of some questionnaire data.

In a completely conflicting statement, Ellen Kirschman, a police psychologist for thirty years, writes: “Psychologists who screen prospective officers are the first to admit that they are more effective screening problem people out than predicting who will make a good cop and why.”

With all due respect, I’m not sure this statement holds up. With what we’re up against today, I just don’t see how “screening problem people out” is any different from “predicting who will make a good cop.”

We’re sticking to the medical model of mental health to evaluate individuals that will be given the equipment and legal right to enforce the law. It all seems more like a way to ensure that hoops have been jumped through than to ensure that appropriate people are being chosen for the position.

In an effort to be objective, we’ve allowed this process to become as subjective as can be.

At the same time, I’d also like to point out that according to 2015 data, 86% of psychologists in the United States were white, 5% were Asian, 5% were Hispanic, 4% were black, and 1% were multiracial or from other racial/ethnic groups.

As a physician in a city hospital, the vast majority of my patients are African-American or Caribbean-American. Through my work on different units from medicine to neurology to psychiatry, I have endured everything from frequent reproach to downright verbal abuse from my patients. At times, my safety is threatened. Despite this, I understand and appreciate the level of mistrust that my patients have for the health care system as a result of such atrocities as the Tuskeegee Experiments.

I understand that my position in the community comes with a responsibility not only to treat illness, but also to be a pillar of strength for those who feel that they have none. I may not agree with the gross missteps of the institution of medicine, but I do represent them every day.

Our police officers are in the very same position every time they walk their beat.

Though it’s taken me years of therapy to get to where I am today, I witness many (but not all) physicians who don’t let their emotions get the best of them. I suppose the rigors of medical school serve as a bottleneck for those who lack such an ability, as is the natural selection for compassionate individuals.

While there may be many reasons why I’m able to control my emotions in the face of an angry patient, it’s thanks in large part to a psychological ability known as ego strength.

Ego strength is the ability to tolerate frustration and stress, postpone gratification, modify selfish desires when necessary, and resolve internal conflicts and emotional problems before they lead to neurosis. Strengthening the ego is a fundamental goal of psychoanalysis, which typically involves hour-long sessions with a therapist multiple times per week.

Though not every mental health clinician is trained in psychoanalysis, psychologists, and psychiatrists alike are trained to observe and evaluate people over periods of time. We are taught how to draw conclusions about people’s personality traits, current mental status, and psychosocial situations that may be precipitating or perpetuating any mental status changes. I would think better results could be obtained for police agencies around the world by mental health clinicians utilizing these techniques in a time-limited, yet ongoing assessment.

The quicker alternative is to put the candidate in a glass room and observe how they react to being berated by typical American citizens of different creed and backgrounds.

The truth is, even if we were able to adequately “psychoanalyze” potential candidates or put them through a gauntlet of ego-damaging abuse, I don’t think we would have enough officers to go around. We aren’t born with the emotional intelligence to overcome the obstacles that society throws at us today. Proper attachment and compatible parenting can help, but it can take years of therapy to make a dent in the neurosis so pervasive in each and every one of us today.

As such, a weak ego may not be our fault, but it is our responsibility to change.

Why doctors must learn how to advocate 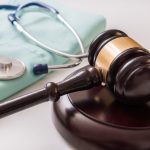 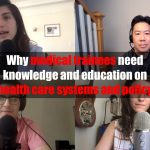