I first arrived at Elmhurst Hospital in Queens, NY, in the summer of 2014 as a medical student on my surgery rotation. We would take occasional night shifts as part of the trauma team. It was the first time I held a pager. Code yellow meant hurry; code red meant run. One of our first patients was a code red, a young man, not much older than I am now, who had fallen several stories from a rooftop.

I remember a few things from that night: the humid July air; the symphonic chaos of the operating room; running through the halls of the hospital, from the OR to the blood bank and back, as the impromptu courier for the massive transfusion protocol. What remains most vividly in my mind, however, is standing outside his bay in the SICU, after he had briefly been stabilized, and hearing his father thank us, through tears, for doing everything we could. His prognosis was grim, but his family remained appreciative, nonetheless.

I have returned to Elmhurst every year since then, for weeks or months at a time, first as a medical student, then as an intern, a resident, and a chief resident. Although only a few miles away, it has always been a world apart from hospital life in Manhattan. The hierarchies less rigid, the class lines less visible, the rhythm entirely its own. And in a city where the patients can be exacting, at Elmhurst they have been, on the whole, gracious and grateful for the care they receive, even under difficult circumstances.

When we first heard about a novel pathogen wreaking havoc on major cities and beginning its inexorable march around the world, our thoughts turned to Elmhurst. The demographics of the neighborhood and the relative paucity of healthcare infrastructure servicing the community all pointed toward a perfect storm. It is easily one of the most diverse square miles in the world; about 70% of the population is foreign-born. Every direction you walk from the hospital finds you immersed in a different outpost of transplanted culture and distant national pride. Its proximity to two major airports makes it the point of first contact for many new arrivals to the U.S. who require healthcare. On a normal day, Elmhurst sees disease processes that are relatively common in the developing world, but generally buried in the footnotes of U.S. medical textbooks.

When it came to SARS-COV-2, the neighborhood was not so much a melting pot as a pressure cooker. For a host of reasons — including tighter living quarters and holding essential jobs that did not afford the luxury of working from home — social distancing was not a simple option for much of this community. Within a couple of weeks of the first confirmed case in New York, Elmhurst was overrun with COVID-19. This was a code red.

The latter half of March was a complete blur. Regular wards turned into ICUs overnight. Multiple codes an hour. An incomprehensible daily death count. Overflowing morgues and freezer trucks outside the building. Patients came in, got intubated, and died so quickly that often there was no time to obtain a family contact. They died alone, while their loved ones waited by the phone.

There will be time to count the losses, to recount what took place here. There will be stories of personal sacrifice, of staff stretched to the limit, of fear and fearlessness, of the trauma of uncertainty. There will be a necessary examination of what was missing and how we can better prepare for the next wave or the next pathogen. But we must be careful, too, because anyone who has spent any time around Elmhurst, or similar safety-net hospitals, knows this: There are no heroes and there are no villains. There are only dedicated but overburdened staff, working tirelessly with limited resources, and victims — of an indiscriminate virus, and a broken system.

There is a nagging, painful question I can’t quite get out of my head: If these patients had shown up somewhere else — if they had crossed the East River and found a hospital with more ICU beds and more critical care staff — might some of them have been saved? But this misses the point entirely. The question we should be asking is why Queens, a borough the size of Houston, has fewer than 200 ICU beds. Why a population larger than that in neighboring Manhattan is serviced by threefold fewer acute care beds, primarily at public hospitals and community affiliates of larger academic medical centers based across the river. The battle here was over before it started. There was no amount of curve-flattening that could bring the peak within range of capacity.

Elmhurst has been stabilized. And the community, through tears, is thanking us, showering us with food and gifts and words of encouragement. The staff deserves it. But our city, our system, does not deserve their gratitude. We deserve an outpouring of anger and demands for more resources. This can be a moment of unity while still being an impetus for change.

Safety nets are there to catch us when we fall, but they can only bear so much burden. A system designed to chase a certain payer mix will, over time, leave communities with high proportions of the under- and uninsured overly reliant on underfunded public hospitals. Universal health coverage is an imperative step, but we also need a more cohesive system that can allocate resources thoughtfully and equitably, rather than by the guiding principles of the invisible hand. Elmhurst will carry on, even as it fades from the public view. This moment, however, will be defined not only by what we did, but by how we responded to it.

How working as a flight attendant made me a better physician 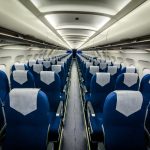