We are living in unprecedented times that will be pivotal for our beloved profession.  In the Dickens novel,  A Tale of Two Cities, the period of time in which the story was set was pivotal in the evolution of society and politics. Our current times may provide the setting that allows physicians to regain independence from the medical-industrial complex that is the current state of the delivery of health care in the U.S. We know that we have a vital perspective in determining how health care should be delivered to the American people.

We have limited ability to use our knowledge to influence the vehicle that delivers health care to the population. For many years, perhaps decades, physicians have been a cog in the money-making machine that is the U.S. health care system.  A vital cog that has been carefully and systematically undermined such that our past role as leaders is only rarely and sporadically apparent.  We know this and feel it every day.  Its symptom is burnout.  Is that because our leadership is spurned or because we failed to demonstrate skillful leadership? Both?

The current pandemic is highlighting our diminished position within the greedy medical-industrial complex and perhaps exposing a fragment of why this has happened and suggests a path forward. As is typically the case, we have seen numerous examples of the heroism of physicians throughout this pandemic.  Heroism happens because, for the most part, each of us feels that we are called to this profession rather than it just being a job.  That is admirable and inspiring. It is the single greatest hope for the future of our profession.  It is why we will get through this pandemic.

I suggest to you that the single biggest reason we feel that we have been diminished to the role of a cog in the machine is that the “system” figured out how to make money from our interaction with the patient.  I suggest to you a small, but unimportant reason is that, as a whole, we are viewed by “management,” in general, as lacking skill in making affective decisions. We are often seen as the physicians crying out with emotion for change.  Too often, that is viewed as an irrational response: “You don’t understand the business.” Those that do not have the emotional connection to patients that we have are limited in their ability to incorporate those emotions into their affective decision making.  We have to understand that limitation and advocate for change with that in mind.  Our position of being able to incorporate both the emotion and the reason into decisions, makes us uniquely qualified to be leaders of the “system.”

These are the “worst of times” for health care in my lifetime.  There will be lasting changes to our system.  Physicians need to embrace this period as a time that we can be viewed not only as “heroes” but as leaders.  If we all practice affective decision making we can, and will, change the future.  A future where physicians are respected not only for their role at the bedside and as money-making cogs in the machine but also for their role in redesigning a system to deliver health care to the public that places the patient-physician relationship at the center.  Imagine such a system.  A system only designed to support the needs of the patient and the physician taking care of that patient.  Gone would be the debates over balance billing, due process, proper integration of NPs and PAs into the team, insurance premiums, and all the rest.  This is our chance to look back on this pandemic and see that it was ironically the event that led, at last, to the “best of times.”

Should online shopping include online labs? 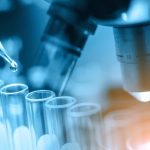