Career transition is talked about a whole lot more these days than it was in 2004.  Maybe I just notice it more now.  Back then, I felt like I was the only one doing it.  You know how it is when you are going through something difficult, and you feel utterly alone and unsure about what you’re going to do tomorrow?  That was me, only I also felt like a huge failure.  My field is one where career transition isn’t as common as some others, mainly because of the investment of time and money.  I’m a doctor.

Yes, I spent hundreds of thousands of dollars on my education.  My brain is probably worth more than my house.  I also spent a good part of my early twenties studying and taking exams instead of making money and going out drinking with friends. During my hospital rotations it was rare for me to see the light of day because I’d be inside a clinic or hospital, either reading or trying to be useful, but really just getting in the way of the more experienced doctors and being yelled at or asked questions to which I didn’t know the answers.  Despite all that, I graduated from medical school in the top third of my class and secured a residency spot at my first choice location.   But as I saw and interacted with many unhappy and angry doctors during training, I could see myself becoming one of them.  And I couldn’t bear the thought that my life might lead me down that same path.  It didn’t seem worth it to me.

Over the past 16 years, I’ve watched the continuous decline in autonomy and decision-making abilities for doctors in clinical practice.  I’ve heard from doctors who tell me their children don’t know them, their spouses don’t like them and that they have a hard time getting out of bed each day because they don’t look forward to living.  Many of these doctors are probably clinically depressed.  Some are suicidal.  Many just long to be doctors and take care of patients in an environment where they can flex their intellectual muscles, have more than ten minutes with a patient, and leave the hospital or clinic before 8 p.m. in the evening without bringing home two hours of charting work.  It hurts me to hear their stories, but I know there’s hope for every one of them.

My career transition shaped my career path in a way I never, ever imagined.  I went from feeling like I might be lazy because I hated going to work every day to making sure I have a pen and paper with me at all times to write down all my ideas and thoughts about my work.  I probably work 14 to 16 hour days now, but it doesn’t feel like work.  I have an amazing family that I can spend time with, doing things like riding bikes or playing monopoly.  For me, career transition meant I got my life back, and I am able to positively influence new people every day, just by living my life.  You can, too.

Michelle Mudge-Riley is a physician and founder, Physicians Helping Physicians.

Why remdesivir may not be a wonder drug 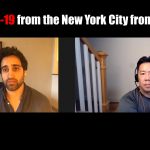 More by Michelle Mudge-Riley, DO