Imagine you went to a heavy metal concert with me, and whenever we met someone new, I introduced myself in this way: “Hi, my name is Dr. Yoo.” Your immediate reaction would probably be, “That was irrelevant! (or strange, or funny).”

And you’d be right. People frequently adopt different personas, images, or versions of themselves to fit a given situation. They may do this by making dramatic changes in their posture, facial expressions, choice of words, or mannerisms, and this ultimately affects their role. For example, when I am seeing patients in the office, I am usually “Dr. Yoo” to the staff and patients, but when I am visiting my parents, I am the “only son” who eats a lot of home-cooked food and is spoiled, and when I am eating at a sushi restaurant with my sushi interest group, I am the “sushi king” who decided to visit Japan, primarily to eat sushi there!

But what if we put on a persona that’s not quite right for the situation? It would not seem all that strange if a physician cooed and played with a young child during an examination, but it would if they did the same thing with an adult patient. It might not seem strange for a sports fan to wear gear displaying their preferred team’s logo and cheer for them at a game, but it would almost certainly be strange if they did the same thing at the burial of a family member who had no interest in sports. Such instances can rightly be described as inappropriate, odd, or even comedic.

Despite this, physicians do this a lot of the time in our lives. You may be home with your family but feel strange for not being on call, or on vacation but feel guilty for not checking your EMR inbox or work email. You may even introduce yourself as “Dr. So and So” at a heavy metal concert. You talk about medicine and work all the time, even when you’re around people who aren’t in healthcare themselves. Yes, you are a physician and have a medical degree, but you do not have to be, nor should you be identifying with your physician persona all of the time. This overidentification with the physician persona is unhealthy, even if it is a great persona characterized by being hard-working, empathetic, intelligent, thorough, leading, and thoughtful. Even with all of that, it is unhealthy to only live in this persona because of the imbalance and limitations doing such imposes on one’s whole self.

Imagine a policy officer, someone whose work persona has to do with enforcing the law as an authority figure. This position sometimes requires sternness and physical force. When this persona is challenged, someone like this may try to protect this persona by using more violence than necessary when dealing with someone who is being uncooperative. Now let’s say this person is at home with their family. If they over-identify with their persona, they may always correct or chastise children who are being out of line, even with minute matters. You can see how living like this is unbalanced, limiting, and unhealthy.

Most physicians have spent years developing and honing our physician personas, even before we even had a license to practice medicine (remember all of those mock patients, and standardized tests like the COMLEX-USA Level 2-PE and USMLE Step 2 CS?). A significant aspect of clinical rotations and residencies is to help you develop and be comfortable in the physician persona. Society’s expectations do not help either, and lifestyle creep is so prevalent when physicians start making that “attending money”; show up in a car or clothing that aren’t fancy, and people may start to doubt your physician persona. All of this makes it easy to over-identify with your physician persona.

Francis Yoo is a family physician turned entrepreneur and is the author of Physician Freedom: Living Your Authentic Physician Life. He can be reached at his self-titled site, Dr. Francis Yoo.

Scientists predicted remdesivir's success with a simulation. Here's how. 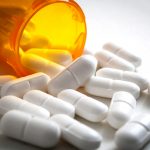 More by Francis Yoo, DO

Has your physician persona crowded out other aspects of yourself?
2 comments