An excerpt from Fragile: Beauty in Chaos, Grace in Tragedy, and the Hope That Lives in Between.

I remember standing motionless in the doctors’ lounge, staring at my hands. Things had changed. I was someone different, someone my family and friends might not recognize if I let them in, really let them see my true soul. But that wasn’t possible. Not for me. I was too guarded, always guarded, always in control. It wasn’t just today that had changed me. It had been everything.

All I wanted to do was see my boys. I wanted proof that they were safe at home; I wanted to see them alive and well, laughing and playing—finding joy in the little things like Legos, action figures, and our dog, Ryder. Instead, I was alone, feeling the frantic drone of a busy emergency department. There was no time for reflection or emotion; patients were waiting to be seen. Trauma Room 11 had just given me a cold taste of reality. No superhero saves or knights in shining armor—just the simple fact that sometimes really bad things happen.

In the background, the TV mounted in the corner of the room played ESPN baseball highlights. With the excitement of a lottery winner, the well-groomed commentator extolled the virtues of Alex Rodriguez because he had hit yet another home run. He makes close to $58,000 every time he steps to the plate. I guess he deserves it, the pressure and all. I didn’t take note of who won the game; I can only recall Alex.

I stood like a zombie in the middle of the lounge, numb, like the poor zebra you see on Animal Planet after having one of its legs chomped off by a hidden crocodile during a compulsory river crossing in Tanzania. The look, that look, on the zebra’s face always struck me as a bit misplaced, because it was devoid of any apparent emotion or concern. Moments from death, tripodding on the far shore, the zebra appeared totally detached and dissociated from its dire predicament. As I stood there, I felt the same as that zebra, vacant of any emotional content. I understood the look. I shouldn’t have been able to push my emotions aside, not if I possessed some small fleck of compassion or empathy. Because this wasn’t normal. This wasn’t what people experienced day to day. At least not normal people.

But I had been trained to be this way. No panic, just a calm journeyman’s approach to any affliction, like a mathematician working an equation. Years of preparation, acquiring a skill set, building up my vault, had readied me to stand in the lounge like a zebra.

And so, I stared at my hands to see if I was actually here, to see who I was. Maybe I was hoping to see something different. Anything, really. A tremble, a shake. But I saw nothing. Just my hands. Steady. Solid. Quiet.

The clock clicked, 8:21. It was one of those old-school clocks, like you’d see on the wall back in grade school. I had zoned out looking at a similar clock at my son’s last parent-teacher conference. The second hand was rigid and jerky, making a big move forward, then a small move back. Big forward, small back.

Everything fits together, like the pieces of a giant puzzle. The picture becomes clear only when the dark colors blend with the bright. The picture is revealed because of the unity of pieces. I felt the seconds ticking, moving forward from 8:21. Even though it didn’t look like it, deep down, the last thirty minutes had kicked my ass. From the outside I was calm, but somewhere inside, the hideous reality of death and suffering screamed and rattled in my well-guarded cage.

Shannon Sovndal is an emergency physician and author of Fragile: Beauty in Chaos, Grace in Tragedy, and the Hope That Lives in Between.

Observations from "seeing" patients on the other side of the phone 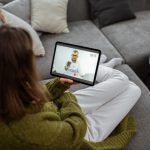 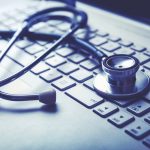