I was busy running around the ER on a particularly busy shift when my phone buzzed, and a text message from Jane’s ex-boyfriend David popped up on the screen. I was surprised since I had not talked to him in over three years; therefore, I ignored it until I had a moment to myself an hour later and finally opened the message.

The first line of his message got straight to the point.

“Hey, I just learned that our friend Jane tragically died a short while ago, and I thought you deserved to know.”

I read this line several times, hoping I had misread something, hoping this was a mistake. However, after a phone conversation with David a short while later, I learned that Jane had committed suicide.

I was not only devastated by this news, but I also felt trapped in a permanent state of melancholy for weeks. Jane had been not only my first close friend to commit suicide, but also my first colleague in medicine to do so.

To me, and everyone who knew her, she was extremely hardworking, compassionate, and brilliant. Since she always appeared happy and upbeat on the surface, people would never assume that she was actually struggling internally.

She worked tirelessly to overcome the grueling trenches of medical school and countless microaggressions as a woman of color in a surgical field in order to earn a spot in one of the most coveted surgical subspecialty residencies where she was a star.

She was a woman from an immigrant family with humble beginnings who was curious about the world, loved to travel, had an unquenchable passion for learning, and was one of the most open and accepting people I’ve ever met.

Jane identified as lesbian and a person of color, and for this heterosexual Muslim man who grew up in a more traditional and conservative Nigerian family, she taught me more about how to be welcoming and empathic towards those unlike myself than anyone else in my life.

No story is more quintessential about Jane’s character than when she messaged me during one of her intensive care unit rotations to ask about whether it was OK for her patient, who was a practicing Muslim, to have tube feeds during the day if they still wanted to observe Ramadan. It takes a special person to go above and beyond for their patients like this, and Jane was that person and more.

Jane’s story is tragic; however, the reality is that her story is not unique in medicine, especially amongst trainees. Although Jane was my first physician colleague to commit suicide, she will certainly not be the last. A recent study estimated around 400 physicians commit suicide per year. Amongst medical trainees, suicide is more prevalent than it should be. The American Foundation for Suicide Prevention (AFSP) reports that 23 percent of interns (first-year residents) have suicidal thoughts. Additionally, they also report that 28 percent of residents in the U.S. experience a major depressive episode during residency compared to 7 to 8 percent of those in a similar age range in the general population.

Despite these glaring numbers, there are risks that trainees are forced to consider when seeking help for mental health concerns. All physicians learned about and helped treat psychiatric patients in medical school and theoretically understand how to recognize the signs and symptoms of mental illness, as well as the importance of medical management of those disorders. However, there is still a significant stigma surrounding seeking help for mental health disorders.

For example, most of the applications for medical licensure after residency training ask invasive questions about whether someone has had mental health issues and if they sought help for it.

During a panel discussion that I attended about resident wellness at an annual meeting for emergency medicine physicians, I heard various residents talk about how they delayed seeking out mental health services due to the fear of having to report this to the licensing board.

Others mentioned that they would pay exorbitant amounts to seek counselors outside of their insurance so that these sessions would not be on their permanent records. This fear hinders or delays individuals from seeking out much-needed services, which can be dangerous, particularly for those experiencing suicidal ideation.

In fact, studies show that physicians who committed suicide were less likely to be receiving mental health services than non-physicians who did so.

Those currently struggling with their mental health should know that the demanding experience of residency, from the lack of sleep to the stressors of patient care to the seemingly never-ending administrative tasks and requirements from one’s training program, will certainly exacerbate these struggles.

Since the stressors of medical training are likely not going to change anytime soon, it is paramount to work towards establishing an environment in which seeking help for mental health is not seen as a red flag in the eyes of other physicians or the administrators that hire them.

Fortunately, some residency programs are making significant progress to address these issues. Some have opted to hire a mental health counselor whose sole purpose is to help support residents. No insurance is required to see this person, and all the sessions are confidential. Others have opted to pursue providing more wellness services to help trainees destress on a regular basis from yoga and meditation courses to sponsored wellness days where all residents are given extra time off to help them re-center and relax.

All of these initiatives are a step in the right direction. However, there is a lot more work to be done to de-stigmatize seeking help for those struggling with mental health issues. For residency programs with trainees struggling with mental illness, I think the minimum that should be provided for these individuals is: Encouragement for them to seek help, funding for services for them to seek out counseling, and confidence that their request for help will not jeopardize their future career prospects.

Perhaps, if we are able to provide this amount of support to all of our colleagues seeking help, we can help prevent them from taking their own lives, and instead, give them the support they need to continue healing others as they swore to in the Hippocratic Oath that we all took at the start of medical school.

Here's why doctors are financially depressed 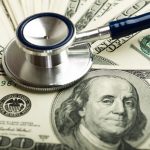 My first physician colleague who died by suicide
5 comments