An excerpt from Looking Within: Understanding Ourselves through Human Imaging.

It started as a routine weekend shift, reading studies on patients in the hospital and the emergency department, when the phone rang. Jessie, the nuclear medicine technologist, spoke on the telephone, his matter-of-fact tone slightly colored by the ominous nature of the information conveyed. “Doc, I’ll need you to come over shortly. The ICU ordered a brain scan on a kid in a rollover accident a couple of days ago. Apparently, he ain’t doing too good.”

My heartbeat slightly accelerated. Rarely does so much depend on a single study, with the need to be essentially one hundred percent certain of the interpretation. His doctors in intensive care needed to know if his brain had quit functioning for good. If this young man still had living brain tissue, his care would likely continue. If he were deemed brain dead, he would be removed from artificial life support. His body would be allowed to die, as it already would have done before the era of mechanical ventilators.

Common nuclear medicine studies examine organs like the heart, bones, or thyroid. Brain flow scans are less common, reserved for the most critically ill. Depending on the outcome of his study, I knew that this might be the last medical test this patient would ever have.

Only eighteen, he had been lively and healthy like most teenagers, until his accident two days prior. Unfortunately, also too often characteristic for his age group, he had been reckless or impulsive. Entertainment the night of his accident included riding atop an all-terrain vehicle, careening with friends along an undeveloped hillside. The ICU nurse and respiratory therapist monitoring the ventilator believed that the young man had fallen off the vehicle before it proceeded to roll atop his head. He now lay motionless on a mechanical bed, with a ventilator tube passing through his mouth into his trachea. His head had sustained the brunt of his injuries. His face was heavily bruised and swollen, making his closed eyes look like two narrow slits within darkened, puffy flesh.

“I don’t know if you have seen his head CT,” the nurse told me, “but I understand he had a lot of bleeding in his brain. His ICP keeps climbing, and we’re having a harder time keeping his vital signs stable.” She was referring to the patient’s intracranial pressure, the pressure inside his skull. That pressure was being measured by a metal probe monitor, stuck inside the patient’s head like a Thanksgiving turkey thermometer. The probe revealed a dangerously high pressure within his skull, from bleeding and brain swelling.

The nuclear technologist prepared for the upcoming injection. The brain death scan relies on a simple enough concept. A small quantity of radioactive substance is injected into a vein and passes throughout the patient’s bloodstream. A living brain receives blood flow; a dead brain does not.

The human skull serves a wonderful purpose in protecting the brain from outside injury. However, the hard, fixed skull does not allow for much change in the volume of brain tissue. If the brain swells due to injury, and if bleeding occurs within the head, pressure builds inside the skull until the brain’s arteries are squeezed shut, shunting blood away from the brain. Brain tissue is some of the body’s most dependent in requiring healthy blood flow. If its supply of oxygen and nutrients is interrupted, the effects can be permanent, devastating, and sometimes lethal.

The technologist tied a tourniquet around the patient’s forehead, with the headband temporarily clamping blood flow in the scalp arteries, decreasing blood flow to the skin, and making the study easier to interpret.

“OK, Doc, ready when you are,” Jessie signaled, while the nurse and respiratory therapist looked on.

Jessie positioned the camera over the patient’s head and injected the radioactive tracer in the young man’s IV. Watching on the camera monitor, I saw blood pass into the carotid arteries on both sides of the neck. Some of the blood passed to the region of the patient’s nose, but went no higher. No blood flowed into his brain. He was brain dead.

I paused for a brief moment, before acknowledging the results aloud. Undoubtedly, the boy’s parents feared the worst, and knew that this study might indicate the most drastic of prognoses. Yet, I knew they could never be fully prepared to receive the news they would shortly hear. After eighteen years of child-rearing, their dreams for him had ended suddenly with a senseless, tragic accident. Their investment in the future was sabotaged.

I stared again at his motionless body. He was receiving oxygen through the ventilator tube, and his eyes were still swollen shut. I wondered: if the soul exists, is his trapped in that body, now void of thought and memory? Or has it already passed to its next station, leaving this protoplasm behind in a mechanically supported limbo?

The medical cascade ensued. I gave the results to the nurse and respiratory therapist. Then I called the critical care physicians and placed a note in the patient’s chart. He was transported back to intensive care, for one last family visitation prior to discontinuing artificial support.

Perhaps the boy had been foolish and careless only for a single but critical moment, yet that moment had resulted in a permanent, devastating consequence. Nevertheless, at least once in his life, he made a decision that showed some foresight and awareness of his own mortality: two years beforehand, when obtaining his driver’s license, he had agreed to be an organ donor. His loved ones’ grief might no longer be quite so senseless, because, in one odd sense, he would exit this life as a sort of hero to others. Elsewhere at that moment, several individuals were continuing to cope with another day, their bodies ravaged by the loss of a normally functioning heart, lungs, kidneys, pancreas, or liver. Yet within several hours, they would each get a call from their respective transplant organ coordinators, notifying them of newly available, healthy organs, and a potential new lease on life.

Cullen Ruff is a radiologist and author of Looking Within: Understanding Ourselves through Human Imaging.

Can empathy be taught, or is it innate? 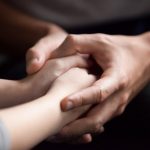