Do you think I went too far in my last blog post, calling out some journalists as “pontificating parasites” who love nothing more than to slam physicians and blame us for the cost of health care?

If you do, then you must not have read Elisabeth Rosenthal’s latest salvo in the Feb. 16 New York Times, where she says physicians are in “a three-way competition for your money” with hospitals and insurers, as if we’re all equally well-funded players at a craps table.

Even National Public Radio, often no friend to physicians, acknowledges that physician pay adds up to a mere eight percent of total U.S. health care costs.

What stings even more, hearing that kind of accusation from Ms. Rosenthal, is that she used to be a physician herself before she quit emergency medicine to edit Kaiser Health News. I’m sure it’s a better gig: no nights, no weekends, no holidays. But, as Julius Caesar noted, it’s always worse when the stab in the back comes from someone you thought of as a colleague, if not a friend.

The topic of Ms. Rosenthal’s one-sided op-ed is out-of-network billing, also known as “surprise” billing. Emergency physicians (along with anesthesiologists) may be the doctors most often accused of not being “in-network” with insurance companies and sending patients large “surprise” bills after the fact.

However, the American College of Emergency Physicians (ACEP), which represents Ms. Rosenthal’s former colleagues, is no happier than anyone else about out-of-network bills. “Much of this conflict over surprise billing is playing out in the media,” ACEP notes, “and insurers have been trying their hardest to paint emergency physicians in a bad light.”

ACEP is right. The facts about out-of-network bills, and the history behind them, differ from what Ms. Rosenthal would have the public believe.

What is a narrow network?

After the Affordable Care Act (ACA) passed in 2010, new insurance exchanges were created. Their hallmark was the concept of keeping costs down by limiting the doctors a patient could see to those who would agree to the low payments the exchanges offered. This is the definition of a “narrow network.” You never heard the term before the ACA became law.

Today, Forbes estimates that nearly three-quarters, or 72 percent, of health plans in the ACA’s exchange market have narrow networks. It didn’t take long for insurers to catch on that this was a great way to maximize their profits beyond the ACA exchange market. They began to put pressure on physicians to accept lower and lower payment rates if they wanted to stay “in-network.” That’s how Health Care Service Corp., which operates a network of Blue Cross Blue Shield health insurance plans, posted profits of $4.1 billion in 2018, and CEOs take home millions in pay and stock options.

The physicians who balk have been effectively shut out or black-balled by large insurance companies, which simply refuse to negotiate contracts with them.

Some primary care physicians choose the route of concierge medicine, where they stop dealing with insurers altogether and charge patients a direct monthly fee.

Few patients see how the huge, highly profitable insurance companies are squeezing physician groups out of business by refusing to negotiate contracts that even cover the group’s administrative costs. The result? More and more small groups are being absorbed by for-profit corporations, which are turning care into a depersonalized, assembly-line commodity.

The physician-staffing corporation TeamHealth recently cut its emergency physicians’ pay by four percent after it couldn’t reach a contract with UnitedHealth Group. It’s not far-fetched to expect that other large health systems will do likewise when insurers drive even harder bargains.

Don’t make the mistake of thinking that nurse practitioners or other advanced practice nurses will deliver cheaper care and solve the problem. Their services are paid for by the same insurers, often at similar rates to physician pay, and their payments are under the same downward pressure. (Meanwhile, as more “millennial” nurses elect to become nurse practitioners, the size of the RN workforce has dropped by up to 80,000 nationwide.)

The same tactics that the insurance companies are using against physicians are also driving hospitals out of business. For American hospitals, Medicare and Medicaid payments in 2018 fell short of meeting the cost of care by $76.6 billion. As private insurers continue to slash or delay payment for services, hospitals are going bankrupt – even large teaching hospitals like Hahnemann University Hospital in Philadelphia. Rural hospitals are under even more pressure, and their bankruptcies leave patients nowhere to go.

The plight of patients with huge bills after out-of-network care has provoked a justifiable outcry for a national legislative solution. Luckily, there is a good state model to follow. New York State in 2015 put into effect a law that protects consumers from surprise bills and creates a mechanism for fair resolution of disputed charges between physicians and insurers.

A national law based on the New York model – such as HR 3502, the “Protecting People from Surprise Medical Bills Act,” sponsored by Rep. Raul Ruiz of California – would solve the surprise bill problem permanently.

But that isn’t what the insurance companies want, of course. They want a bill based on “benchmark” prices for physician, practitioner, and hospital services – effectively setting price controls and fattening insurance company profits even more. That kind of bill is what passed in California (AB 72), and is enabling insurers to refuse to negotiate new contracts because it’s more profitable for them to keep physicians out of their networks.

Ms. Rosenthal’s op-ed, unfortunately, plays right into insurance company hands. She tells lawmakers not to listen to doctors or hospitals, as though we’re equally powerful contenders with the insurance lobby. If only that were true. She writes as though she’s stuck in a time warp where all physicians are wealthy old white men who play golf on Wednesday afternoons.

Perhaps she should wake up and look at today’s physicians and today’s medical school classes, filled with young men and women from all kinds of different backgrounds. Many are the first in their families to attend college. They finish medical school with an average of more than $250,000 in educational debt. I bet few of them play golf.

I’m sure it was a clever move on Ms. Rosenthal’s part to bail on actual patient care. Many physicians, young and old, are following her example. Meanwhile, I keep on wondering who’ll be left to take care of all the sick people in another ten years. Best of luck. 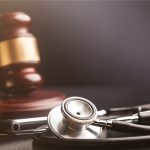