Recently I made a self-deprecating joke among friends, when one of them said, “that’s so Jewish,” to which another quipped, “What do you expect? It’s in the genes.”

The idea of a Jewish gene is not necessarily new, but it has become more popular and more concerning in recent years.  For example, today, direct-to-consumer genetic testing companies, like 23andMe and Ancestry.com, identify people with certain genetic markers as being a percentage Jewish, leaving those customers who have previously considered themselves as anything but Jewish wondering what this report means.

The 2017 National Jewish Book Award in the category of “Education and Jewish Identity” went to The Origin of the Jews: The Quest for Roots in a Rootless Age, whose last chapter was dedicated to the genetic roots of the Jewish people.  Also in 2017, the head rabbi of the Eretz Hemdah Institute in Israel issued a ruling that, according to Jewish law, specific genetic tests may be used as proof of Jewish descent.

This ruling allows immigrants from Europe who have lost all other evidentiary support to still be able to claim that they are part of the Jewish community without having to undergo conversion.

In one respect, the search for genetic similarities among Jews is neither surprising nor alarming.  Given the traditional Jewish assumption that the Jewish people began as a family sired by Abraham before it became a nation, it’s only natural to assume certain common genetic markers are shared between Jews.  For any close-knit family, where relatives marry each other through generations, genetic similarity should be a natural consequence.

What about the person who converts to Judaism? That person presumably does not possess the requisite Jewish gene to be considered part of “the club” based on biology alone, yet Judaism accepts conversion as a legitimate way to join the Jewish family.  On the other side, consider a person who converts to a different religion.  There is a principal in the Talmud that “once a Jew, always a Jew.” But from a social, cultural, and even political perspective, community-affiliation demands voluntary engagement.  For someone who opts out of the community, I cannot imagine there being a moral justification to force that person to do so based on his or her biology or previous affiliation alone.  It’s like forcing a divorcee to continue to attend family dinner.

In Israel, where there is a “Law of Return,” which gives Jews from all over the world the right to gain Israeli citizenship, the Israeli government recognized the political limitations accepting personal Jewish identity contrary to communal Jewish engagement when it refused to apply the law to Oswald Rufeisen, a Polish-born Jew who became a Catholic friar in the Discalced Carmelite Order.  Contrary to the way President Trump speaks about Jews and Israelis, Jewish Law and Israeli Law are not the same.

It’s dangerous to think a Jew or anyone else possesses any trait by virtue of their genetics – whether that trait is exceptional or debase.  Every once in awhile, articles are published in various news outlets about Jewish genius or creativity or Jewish humor and anxiety.  Similarly, television and movies constantly allude to Jewish stereotypes as genetically determined.  For example, in season three of The Marvelous Mrs. Maisel, Midge gives her audience a primer on the Jewish people.  Yet, the idea of the Jewish gene as a social or cultural marker is not only prejudicial, it is incorrect.  Research has already shown the unreliability of the “Warrior Gene” and the strict genetic determination of complex human traits such as intelligence or character.  There are too many environmental and social factors that affect a single gene’s expression, let alone a combination of many genes that all impact a person’s behavior, to think that knowing that a person has a particular gene will tell you who that person is.  Moreover, given how different even siblings could be, depending on their shared and unique life experiences, it is absurd to think that shared Jewish genetic common markers can justify saying that all Jewish are alike in any particular way.

Jewish – or any – identity is so much more than a person’s biology.  The way that I see myself and choose to be seen by others is influenced by my beliefs, life-choices, the people with whom I share experiences, and the friends and relatives who I deem as family.  It may be interesting to know what your genes say about your past, but it doesn’t tell the whole story … just a very small part of it.

The environmental impact of anesthesia 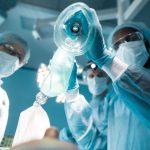 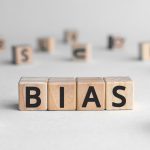