In my recent post, “Why Gratitude Is A Superpower,” I told the story about a thank you note that my daughter, Maya, left me one morning for making her coffee. I was literally overcome with warmth and appreciation.

My reaction demonstrates the real impact we can have on another person’s emotional state when we express gratitude — either verbally or written — for something (gift, assistance, help, kindness, favors, support) they did that we perceive as valuable.

But that is just the beginning.

Having been appreciated for my contribution (making coffee) to my daughter, I am now, without even knowing it, not only more willing to make coffee for her again in the future, but I will also end up helping others, without being asked. That’s right — others. Even people I don’t know.

I call this “gratitude collateral.”

In a remarkable study by Adam Grant and Francesco Gino, “A Little Thanks Goes a Long Way: Explaining Why Gratitude Expressions Motivate Prosocial Behavior,” the authors studied the impact of a simple expression of gratitude on someone’s subsequent helping behavior.

Here are the results of some of their experiments:

College students were asked to edit another student’s (named Eric) cover letter for a job application.

Half the students (the control group) received the following email 24 hours after they returned the edited cover letter to Eric: “Dear [name], I just wanted to let you know that I received your feedback on my cover letter. I was wondering if you could help with a second cover letter I prepared and give me feedback on it. The cover letter is attached. Can you send me some comments in the next three days?”

The other half (the gratitude group) received this email instead: Dear [name], I just wanted to let you know that I received your feedback on my cover letter. Thank you so much! I am really grateful. I was wondering if you could help with a second cover letter I prepared and give me feedback on it. The cover letter is attached. Can you send me some comments in the next three days?”

Same set up with Eric. Same help with a cover letter.

Half the group (control) got this email: “Dear [name], I just wanted to let you know that I received your feedback on my cover letter.”

The other half (gratitude group) got this email: “Dear [name], I just wanted to let you know that I received your feedback on my cover letter.

Thank you so much! I am really grateful.”

Then, 24 hours later all the participants, thinking the study was over, got this email out of the blue from some guy named Steve asking for help with his cover letter: “Hi [name], I understand that you participated in a Career Center study to help students improve their job application cover letters. I was wondering if you could give me feedback on a cover letter I prepared. The cover letter is attached. Would you be willing to help me by sending me some comments in the next two days?”

Here, telephone fundraisers for a university were studied.

Half the group had no intervention. The other half were visited by the director of annual giving who said: “I am very grateful for your hard work. We sincerely appreciate your contributions to the university.”

They then tracked the number of calls made by the fundraisers. The gratitude group made over 50% more calls in the week following the expression of gratitude than the non-gratitude group.

All the participants in the study helped because they felt connected to and valued by someone. What is so remarkable about this study is how minimal and simple the expressions of gratitude were. Just two sentences of verbal or written appreciation!

These small seeds of valuing people can be planted anywhere in our daily meanderings. They not only grow our sense of connection and of being valued, but they also feed others, people we don’t even know.

As Adam Grant says in the title of his paper, a simple thank you can go a long way.

Ironically, our first assigned patient encounter as medical students would be a corpse 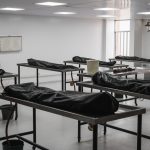 Why generations need to talk to each other 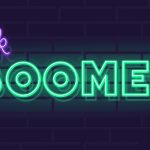