I wanted to go the extra mile for my patient. The resistance I found was unexpected.

She was young. Her life — an incredible journey in diplomatic circles — was crippled too soon by a recurring disease that would ultimately prevail. Day after day, I’d round on her in what seemed like a pointless exercise, waiting for the inevitable to come. Another round of chemotherapy would have to wait for her blood counts to rise again. Palliative radiation? Perhaps.

I grew increasingly frustrated over the days. There was an extraordinary individual, despite having no family or fixed address, had a life story you could listen to for days on end. Notwithstanding her young age, she had held private audiences with the Pope, sat in the Oval Office, spoken at the UN, dined with royalty and government heads all over the world, and helped broker deals that as far as I knew could have kept the world we knew in order.

Still, she was an unusually usual patient. Her hospital bed and gown were indistinguishable from her neighbor’s, and her bracelet, printed with the same blue ink that would inevitably drag across the sheets, sat awkwardly in the same right wrist.

There was much I wanted to — yet little I could — do. And as I looked at her sunken eyes, it dawned on me that that was the point. It was really only little that she needed.

No miracles or heroics — just a final sense of human dignity and appreciation for being alive. I would not leave her side. If she were to go, I would accompany her until the end. For if loneliness in life makes the living want to die, I can only fathom that loneliness in death would immortalize that feeling eternally.

We walked towards the stretcher outside her room together, where she lay down comfortably. I covered her with a blanket and then raised the brake pedal so that we could begin our journey towards the radiology suite together. As I pushed the stretcher down the inpatient floor, numerous faces turned towards me. In particular, the head nurse stared at me in surprise. Before she could say anything, I interjected from afar:

“I’m bringing her down to radiology. She has a scan booked for 10 a.m.”

“We have orderlies for that, you know,” she said.

I continued on pace, trying to maneuver what she called “the heavy bed on wheels” towards the elevator. I bumped into the hallway, railings more times than I care to admit, which made her laugh in ways I hadn’t heard her do since she was admitted.

“You haven’t done this much before, have you?” she asked.

I joined her in laughter. She was right.

Once we arrived at our destination, I helped her off the stretcher and attempted to get her to sit on the machine before the head technician promptly interrupted me.

“Oh, no need to do that. Thank you. Our techs help move the patients.”

As we positioned her, I turned to the patient and told her I’d be waiting right outside to bring her back to her room the moment the exam was done. She smiled and nodded, and as agreed upon, I left the room to wait outside.

Suddenly, my phone rang. It was a colleague asking for a consult on a different service. I told him that I was in radiology waiting for my patient to finish her scan and that I would be there the moment I got a chance. Rather surprised, he replied:

“You’re waiting for the scan to be over? Why? You won’t get the scans read for another hour.”

A few minutes later, the doors to the scan suite opened. I wheeled her back upstairs to her room, where similar gazes stared in our direction. She noted that her back pain was acting up and asked whether she was due for her dose of medication.

I headed towards the nursing station and asked whether I could give the patient the anti-inflammatory medication I had prescribed her a few days prior.

“What do you mean: ‘Give the patient her medication’?”

“I mean, I’d like to hand her the medication personally.”

“I understand. It’s just that the nursing team usually does that …”

“I get it. Is there, however, any chance that I could do it this one time?”

While the pharmacy prepared the medication, I reflected upon the exchanges that transpired in the span of the previous hour. It felt like four different health care professionals had, inadvertently, tried to keep me from interacting once more with the patient I was caring for. Yet uneasiness arose because deep down, I felt like each one of them had a point. After all, the health care system is partitioned, and each individual has a specific role to play. Just like radiology technicians can’t be expected to perform complex surgeries, neither can surgeons be expected to program the CT scanner to image the right anatomical planes. Undeniably, all players and all roles are equally valuable and important to achieve our collective goal to service our patients.

My intention was certainly not to overstep my role or to diminish that of another colleague. Still, my uneasiness persisted as I continued to ponder. After all, it was a light day, and I had the time to go to that coveted extra mile for my patient. Why the pushback from within our own?

That professional niches develop as a consequence of our training is expected, but what unifies us all, from the staff in the hospital parking lot to the director of professional services and hospital CEO, is the same desire to help and to improve the lives of patients as the walk through the hospital doors. Therein lies the possibility of true interdisciplinary care. One that is not only supplementary but complementary as well.

While we may not have the expertise to perform every task a patient needs, we can — and I argue should whenever possible — go above and beyond our professional roles and delve into our humanity to assist patients in every capacity as they navigate an often dehumanizing and complex system. Such a new paradigm will inevitably make us better health care providers — a gift I gather our patients would be more than happy to receive.

Jacques Balayla is an obstetrics-gynecology physician.

Warning: The medical system is fragile. And that’s OK. 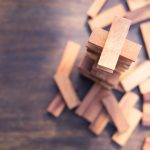 Why this doctor decided to run for political office 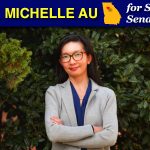 Doing extra for a patient or overstepping boundaries?
1 comments