I recently had the pleasure of interviewing famous television and film actress, Claudia Christian. She has played significant roles in many notable movies and shows, including lead roles in the long-running sci-fi series Babylon 5 and the Disney film, Atlantis: The Lost Empire. In our podcast interview, we discussed treating alcoholism using the FDA-approved drug, naltrexone.

Why listen to an actress about medical treatment for addiction? First of all, doctors generally get very little addiction training in medical school. And, if doctors do choose to study drug and alcohol addiction, many graduate programs focus on the Alcoholics Anonymous 12-step model, which is abstinence-based and often at odds with the latest in scientifically proven modern medical therapies.

Claudia Christian, on the other hand, has spent most of the past decade working closely with researchers in the field of addiction, particularly relating to alcoholism. She has immersed herself in the world of the scientific study and application of medication-assisted treatment for alcoholism. Additionally, she has formed a non-profit organization, The C Three Foundation, to promote the use of medication-assisted treatment (MAT) for alcohol use disorder.

The U.S. health care system has many obstacles built-in that slow and prevents progress in the field of addiction treatment. Powerful pharmaceutical corporations can shape the thinking of U.S. physicians. Entrenched policy and tradition based on William Griffith Wilson’s Alcoholics Anonymous program also hold us back. Even our most prestigious credentialing organizations in the field of addiction treatment promote 12-step facilitation as being an evidence-based treatment for addiction. Selection bias significantly limits observational studies of 12-step fellowships. The reality is these peer support programs have a much lower success rate than we are led to believe.

As Ms. Christian points out, the clash of the hard scientific study performed over many years around the world at major research centers with US abstinence-based policy prevents us from taking a serious look at other methods of treating addiction. Her focus is on a way of treating alcoholism based on the work of Nobel laureate, Ivan Pavlov, with the application of modern drug therapy to extinguish addiction to particular substances and behaviors from the brain. This method, known as The Sinclair Method, or TSM, was developed by Dr. John D. Sinclair.

Doctors have had significant success in treating alcoholism with TSM, and there is evidence that similar protocols may be useful in treating binge eating, gambling addiction, and even cocaine and amphetamine addiction. Claudia Christian has spoken publicly about TSM, which is merely using naltrexone to treat alcoholism for many years now. Her TEDx talk on YouTube has over 2.2 million views. Yet, the application of this protocol is still relatively unknown to most doctors. Many doctors are afraid to give their patients a prescription for naltrexone, a very safe opioid blocker that has no abuse potential and may even soon be available over the counter.

Why are we not taking this application of MAT more seriously? We are in the midst of an addiction epidemic with opioids and alcohol being the deadliest of all addicting substances. It is time to consider the possibility that the institutions of addiction treatment in the US are not leading us in the right direction. What would help to get more doctors to listen to Claudia Christian? Maybe she should go to medical school. We have seen doctors become famous actors, why not the other way around? Perhaps then, we would listen.

Mark Leeds is a family physician, can be reached at his self-titled site, DrLeeds.com, and podcasts at The Rehab. He can also be reached on Twitter @leedsosteopath.

Burnout is death by a thousand cuts 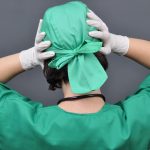 The thought cancers that almost took my life 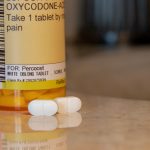