There’s so much negativity out there when it comes to health care, it must be a concern to any young person thinking about entering the field. I certainly spend a lot of time writing about all the challenges we face, and have to hold my hands up to (occasionally) spreading some of that negativity as well! Guilty as charged. That’s why it’s important for anyone outside of health care (or any field) to be wary of a certain type of “negativity bias,” which can occur when you are only exposed to people with things to complain about—who tend to be the only ones speaking up. Another honest truth not to be overlooked, is that we as humans will always tend to overly focus on what’s wrong, and not what’s right, about our current circumstances. Looking at this in a positive way, it’s also a useful survival mechanism to make sure everything keeps getting better.

I’ve written previously about all the good things about health care in America and why I have no regrets becoming a doctor, despite any bumps in the road and disillusionment with our current health care system. Here again, are three of them:

1. Job demand. If you’re a doctor, rest assured that barring any unforeseen unique circumstance, you will never be out of a relatively highly-paid job. Demand for physicians in most specialties far outstrips supply. For sure, we keep hearing all the usual stuff that everybody does, about their jobs “being replaced by robots.” If this ever happens—which it won’t—doctors will be the last it will happen to (in a highly improbable world where apparently where only 1 percent of the population will have jobs). Every year I’ve been in practice, the physician shortage only gets worse as the population ages, and chronic comorbidities continue to rise. The job security in health care is really second to none.

2. Options. As a trained physician, you have a multitude of options about how you work, and on what terms you practice. America is a big country, and there are endless environments to work in. Even if you want to break away from working clinically, there are administrative, startup, and also other industrial routes you can go down. Some doctors out there have only worked in one place for decades since finishing their residency, and eventually, bemoan feeling stuck. Don’t listen to them. Be open, look around, and network!

3. Meaning. No matter what specialty you are in, being a physician means that you will never go home at the end of the day feeling like you haven’t done anything important and worthwhile with your day. I used to tell my residents when I was a teaching attending that you have the opportunity to do more good and touch more lives in one hour in your work, than most people get in a month. No doctor should ever let their job become so routine that they forget that simple truth about what we do. If there’s any physician out there who really feels disrespected and trodden on every minute of the day, they really need to take a long hard look at themselves. There are a lot of people out there in their 40s, 50s, and 60s, who find themselves working in office cubicles and have a realization that their job lacks any true meaning or worth. That should never happen to anyone in health care.

None of the above means that we should not talk about the immense challenges to physician practice that we face, nor turn a blind eye and seek to improve our dysfunctional and ridiculously expensive health care system. But it does mean that we should have some perspective too. If you’re reading this and considering a career medicine, two other huge sacrifices should also be mentioned: debt and time. If you’re not fortunate enough to have had family support or trained at a cheaper medical school, debt is a realistic concern and something to carefully plan for. It’s good to see some medical schools slashing their fees and implementing other initiatives like loan forgiveness for those going into primary care. Second, sacrificing your 20s (and for some, their 30s) to be in lengthy, relatively low-paid training. And aside from these two things, it’s damn hard work becoming a doctor!

Choosing a career in medicine is not for the faint-hearted, but the above three things will always be there for you as a physician. I have no regrets whatsoever doing medicine. It has allowed me to meet unbelievably inspiring people (both physicians and patients), travel the world, and have a sense of appreciating every moment in life— that I don’t think I would have gained doing anything else. 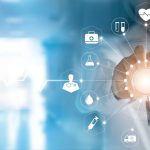 When physicians are so emotionally drained, they have nothing left for their families 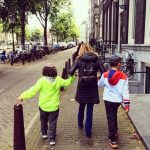 This doctor has no regrets to becoming a physician. Here are 3 reasons why.
2 comments