Prior authorization — a utilization management (UM) process used by health insurance companies to determine coverage for a prescribed procedure, service, or medication — is now becoming a mandatory requirement by the vast majority of large insurance companies.

While prior authorizations are pursued at the front-end for almost all planned medical services, there has also been a steep increase in denial of payment for services at the inpatient level for both planned and unplanned hospital admissions either by labeling hospital admissions as observation status or outpatient status.

As a result, hospitals, physicians, and other related health care centers are scrambling to find the right balance between devoting time for patient care and coping with the increasing administrative burden of appealing prior authorizations and denials. Some of the major insurance companies and their contracted subsidiaries require physicians to follow their guidelines when ordering outpatient tests or administering treatment for patients. For example, to order an outpatient stress echocardiogram, a cardiologist has to rely on the guidelines put out by insurance companies rather than widely accepted, evidence-based guidelines promulgated by the American College of Cardiology (ACC), the American Heart Association (AHA) and other agencies.

While numerous studies suggest that these guidelines are largely expert opinion/authority-based, there is also an acknowledgment that prescribing physicians will consider individual patient factors in determining the right test or treatment and may not necessarily confine themselves strictly to the guidelines. Furthermore, the process of guideline development and financial conflicts of interests are explicitly outlined in most nationally accepted guidelines. But insurance company-based specialty guidelines are largely developed by a select group of physicians in the respective specialty, working for the same insurance company or their subsidiary. Neither the process of guideline development nor the financial conflicts of interest are outlined on their website. Additionally, it is unclear if prior authorization is reviewed by insurance company physicians with a medical license from the same state as the patient.

The process of requesting a prior authorization for a test/treatment requires filling out a form with key clinical information, usually requiring expertise in the same field, thereby adding time to a physician’s overbooked clinic schedule. If a prior authorization is not pursued prior to ordering a semi-urgent test, the process of appeal is cumbersome and sometimes futile if the requested test is “outside the box.” That said, even if prior authorization is pursued in time, it is not guaranteed that the requested test will be approved. This appeal costs even more time.

There has also been an increase in the number of denials for unplanned inpatient admissions. This is because more and more diagnoses/hospital stays are being classified as observation status as opposed to inpatient status. This is not so much a result of a change in medical evidence or breakthrough in treatment but mostly because of internal change in review policies by insurance companies and related guidelines.

One of the largest publishers of hospital admission criteria, whose guidelines are used by thousands of hospitals and payers across the country, recently acknowledged that their “evidence-based guidelines” are not actually based on medical evidence but, rather, on the rate of insurance claims for similar conditions. This means that the more episodes of observation status we have today, the less the patient would meet the criteria for inpatient status in the future. More diagnoses would fall out from being accepted as inpatient status by payers.

A great example is the exclusion of total knee replacement from an inpatient list of procedures. In that same meeting, this company acknowledged that the shift was in response to demand by large payers in order to control their cost. While patients can be admitted under observation status (24 to 48 hours) and inpatient status (expected stay greater than two midnights), insurance companies have increasingly been moving the bar further away from 24 hours for observation status.

This results in unforeseen expenses, both for hospitals and patients, if a patient ends up staying in the hospital for any period of time beyond the allowed observation period, yet is not deemed safe to leave the hospital.

Another difficult situation is prior authorization for transitional care units (TCU).

Historically, a request for TCU is placed when the patient is clinically ready for discharge to a TCU. However, the new policy requires that this request comes from the TCU rather than the hospital where the patient is admitted, although key clinical information supporting TCU stay is directly available at the hospital. The average turnaround time for processing such a request by the insurance company is one to four days. While previously, a request could be put out for multiple TCUs at one time depending on patient preference, some insurance companies have changed protocols, requiring that TCUs be applied for one at a time. The irony is that insurance companies may deny hospital coverage for the last two days of inpatient stay, stating that the patient was medically ready for discharge while waiting for a prior authorization to be approved — by them.

Most physicians are unaware of these issues, as the primary emphasis of their training is on patient care. However, without physician voice and involvement, this disturbing trend will become the new standard. Most physicians are not aware that we have legislation today that would help address insurance requirements that are unreasonable or negatively affect patient care.

The Minnesota statute 62M states, “The physician conducting the utilization review must be licensed in this state.” If an insurance company medical reviewer is calling from a different state and does not hold the state license where the patient is being treated, the hospital physician can refuse to talk to them and send these concerns to the state board and Attorney General (AG).

Hospital UM departments and physician reviewers have become increasingly busy catching up on new protocols by insurance companies and appealing denials by phone calls and letters. Some insurance companies do not allow phone conversations as a part of their appeal process, making the process even more challenging. Despite vigorous advocacy from groups like the American Medical Association (AMA), the American College of Physicians (ACP), and the Society of Hospital Medicine (SHM), the lobbying from insurance companies is a major obstacle to bringing about any changes. Hospitals leaders and contracting units are asking insurance companies to share the administrative burden and allow physicians to concentrate on patient care.

Ultimately, as health care providers, it’s our duty to be diligent and aware of these issues in addition to treating patients. We should continue to advocate and, at the same time, do what is right for the patient. Likewise, it is important for patients and the public to understand the complex interaction between health care centers and insurance companies. 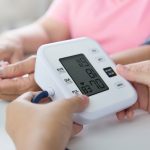 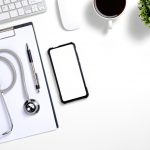