Earlier this month Ross Douthat wrote a piece in The New York Times titled “The Age of American Despair” where he posed the question “Are deaths from drugs and alcohol and suicide a political, economic or spiritual crisis?”

The working shorthand for this crisis is “deaths of despair,” a resonant phrase conjured by the economists Anne Case and Angus Deaton to describe the sudden rise in deaths from suicide, alcohol and drug abuse since the turn of the millennium.

But had deaths of despair remained at 2000-era levels, approximately 70,000 fewer Americans would have died this year alone.

He imagines what the presidential candidates would say about the cause for this epidemic:

The Technocrat (voice of Pete Buttigieg): “This is primarily a drug abuse and mental-health crisis, and the only way to solve it is with more and better drug treatment programs, more and better psychiatric care. We’ll save these lives one patient, one addict, one treatment center at a time.”

The Socialist (voice of Bernie Sanders): “This is obviously an economic crisis! People are despairing because their jobs have been outsourced, their wages are stagnant, the rich have hijacked the economy. Tax the plutocrats, raise the minimum wage, give everybody health insurance, and you’ll see this trend reverse.”

The Cultural Healer (voice of Marianne Williamson): “You can’t just medicate this away or solve the problem with wonkery alone. There’s a spiritual void in America, a loss of meaning and metaphysical horizon. The problem is cultural, spiritual, holistic; the solution has to be all three as well.

Somehow, somewhere I came across a psychiatrist and public speaker named Gordon Livingston, who wrote a lot about grief and happiness. He said this about drug abuse, a year before he died in 2016, but it applies to a lot of things Americans do today:

We can try to turn drug abuse into a disease, but we are just dealing with the larger paradox: the mindless pursuit of pleasure brings pain.

Now, I think drug abuse amounts to a disease because it involves changes in brain function and chemistry, but I do believe his generalization that the harder you pursue pleasure, the more elusive it becomes.

Happiness, Livingston said, requires three things: Something to do, someone to love and something to look forward to.

Looking at my own life and career, with the major changes of recent months, I took these three fundamentals to heart – they actually stopped me in my tracks when I first saw this slide on YouTube. These three things are actually so simple and don’t have to cost much, or anything at all, but they are so undeniably necessary for every human being. But how many people can honestly say they have all three, or give much thought to what they are.

This is exactly what I’ve been thinking and doing. I gave up administrative work and focused on the one-on-one work of seeing patients while I also moved back into my little farmhouse that calls out for me to catch up with some “deferred maintenance.” (I love American euphemisms.) I also carved out the time to do a substantial amount of horse and farm chores.

So I have several things to do that are meaningful to me. And this would be my addition to Dr. Livingston’s list – we have to see meaning in what we do, even if it is a job we don’t love (although I love mine), but we do it because it makes us feel valuable in some way, to society or our family.

And, speaking of family, and of love, I am deepening my relationships with my adult children and their families after years of working too hard with blinders on much of the time. And not everyone can understand this, but I love my Arabian horses and view them as family. Caring for these noble creatures and being in their presence is almost like a higher purpose.

And what I look forward to now is so different from earlier in my life. I wasted so much mental energy making long term plans before. Now at this age, with the biggest long term plan of all (growing old with my wife) suddenly evaporated, my perspective is shorter, allowing me to take in the present, appreciate the moment, in a way that has profoundly grounded me emotionally.

Back to the three fundamentals of happiness:

How many people in today’s society have defined for themselves what these three things are in their own life?

And, for me as a physician, how many patients do I see who suffer from depression, anxiety, addiction, maladjustment, or dysfunctional relationships? How can I better, with whatever influence I have in my role as healer or guide, help them see how simple it can actually be to move closer to being happy?

Observing which of my patients live well and handle age, illness and adversity the best, I see the power of this every day.

(Here I am again, seven years later, realizing how one has to work at this being grounded kind of thing because modern life pulls us in so many distracting directions …)

With everything published these days about physician burnout, I also think Livingston’s three principles of finding happiness can be useful professionally for doctors. Aside from the love we need in our personal lives, I think doctors today have become distracted from the fundamental need to feel love for humankind, empathy with people, who now are increasingly cast as consumers or “populations” in the scripting of our work lives.

(I also, obviously perhaps, think that what we do has become separated from what we were trained to do, hope to do and need to do. The agendas for health care today are to a great degree neither our patients’ nor our own and that spells burnout for us and frustration for our patients.)

Our society is a selfish one. Happiness has become a selfish pursuit. The harder we strive for it, the more elusive it becomes and the more despair we feel.

Treat the whole patient and do the right thing 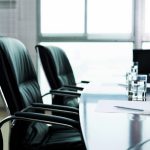