“She is too direct.”

“She is just not that lovely to hear.”

These are just a few pieces of “feedback” that podcast producer Dr. Shreya P. Trivedi has heard about women’s voices over the years. And then suddenly it occurred to her, she had never heard any comments on a man’s voice or the way he speaks.

Though women have come a long way from being barred from speaking at national scientific meetings, some audiences still tolerate a very narrow range for female voices. Both men and women have confided to us that, “it’s just easier to hear guys.” And in fact, studies suggest that individuals are more critical of female voices. Male and female voices were found to activate different brain regions on functional MRI, and interestingly, this was independent of pitch and occurred even when the voice was considered “gender-ambiguous.”

Critique of women’s voices on the airwaves abound.  A 2015 NPR production featured the story of a female podcast host who was dubbed a “valley girl and a faux socialite” due to the sound of her voice. Responding to similar critical feedback, The 99% Invisible podcast wittily created a form email relegating critiques of female voices into a “zero priority” folder.

Medical podcasts are no different, with extra pressure on those women who do get the mic to get it “just right.”  And, there is no predictable audience response to a female’s voice or speech. How do audiences react when the female voices deviate from that “lovely” therapeutic range? Did the female host reveal too much personality? Or, not enough? Did she pull off the dry humor of her male colleagues? We are either too quiet to make an impact or too forward to tolerate. Unlike medical school, there is just no study guide or rubric for this one.

Dr. Trivedi acknowledges that she herself may be subject to some implicit bias when it comes to women’s voices. As the chief executive producer of the Core IM podcast, she carefully considers her own reaction to the female voices on the show, consciously peeling off an extra layer of critique as she reviews preliminary episodes prior to publication.

Why are we, even as female doctors, more accepting of male voices? Is it because, as trainees, most of our educators and leaders are men? Complaints about the way women’s voices sound to translate into the continued lack of our voices in leadership. As one recent study shows, over 80% of academic medical society presidents are still men, which stands in stark contrast to the number of women members. And, the numbers are even more depressing when it comes to women in medical school leadership: women make up 16% of medical school deans.  When we have “grown up” in a world reverberating with masculine voices, it is no wonder we have a critical reaction when clinical expertise and leadership are presented in an unfamiliar package.

A first-year medical student shared her experience with a conference call on physician leadership with us. After hearing only male students ask questions, she jokingly opened with “Hello, you may notice something different about my voice,” purposefully drawing attention to her presence as the sole female on the conference call.  She asked if being a woman in medicine would impact her future leadership opportunities. The male physician leader responded: “Yes, it will – and that’s not right; something needs to change.”

But, how do we make this change and pave the way for professional women to use their voices in the most impactful way? As long as women remain marginalized in representation, our ability to be heard remains limited. We look toward a future resounding with diverse collective voices, inclusive of more women physician leaders. As female voices flood the airwaves, perhaps we can widen what is tolerable and start to focus more on the actual content and less on superficial critiques. Clear messages can’t come across when they are muffled by background noise. With a strong chorus, we lay the foundation for clear soloists to emerge.

Great movements are built on the collective power of both sexes. Help us to widen the acceptable dose of women’s voices. As a listener, be aware and be open-minded. If you are a leader, share your space with others, especially those voices that might not otherwise have a chance to be heard. Move away from the traditional echo chamber. Promote and amplify other women. Take a chance and welcome others to the podium. It’s not enough for women to be invited onto the stage – someone needs to hand them the microphone and turn up the volume. 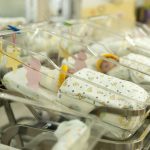 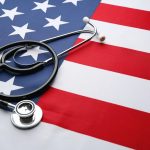