Becoming a physician in 2019 presents its share of challenges.

Providers must deal with reimbursement rates that remain a fraction of their previous levels, adapt to a fee-for-value model, adopt ever-advancing technology as an integral part of care delivery and accommodate a patient-provider dynamic that favors patients — who now demand choice, autonomy, affordability, and transparency.

These developments starkly contrast conditions at the turn of the century. Still, they don’t seem to worry about a large cohort preparing to enter the profession. The Association of American Medical Colleges announced that first-year enrollment for medical schools rose sharply to its highest levels in recent years.

These trends make it more important for aspiring physicians to adopt strategies that lead to career success. And few people are as qualified to provide advice than Dr. Eric George. The 56-year-old New Orleans resident has earned recognition as one of the top hand surgeons nationally.

The 26-year physician recommends four key strategies for practitioners to make the most of their careers.

1. Establish a strong foundation. Many physicians find it difficult to match historical compensation levels. The pressure from low reimbursement rates and increased competition often distracts them from what George sees as their most important responsibility: establishing their reputation as excellent practitioners.

“So many new physicians ask me how they can become more successful,” says George. “I tell them, ‘Become great at what you do. Focus on that before anything else.’”

George spent the first eight years of his career establishing a name for himself by practicing full-time and staying on-call. On the weekends, he hustled between emergency rooms dispersed across the city. He quickly developed relationships with key pillars in the community. And after years of dedication, the day arrived when George began receiving calls from professional athletes, movie stars, celebrities, and business leaders who sought his care.

“Medicine is a special profession,” says George. “The better you become at what you do, the more relationships you create, and those lead to opportunities down the road.”

2. Invest within your knowledge base. Investing may not represent a top concern for those beginning their careers in medicine. Current compensation levels and student debt don’t make it any easier to plan for the future. Still, George sees it as a necessary activity for everyone, especially physicians.

“Compared with other professions, we generally have higher discretionary income. We are also deeply embedded in the communities we serve. It keeps us connected to what’s happening in the world around us.”

Despite the challenges of investing, George advocates that physicians take a specific approach.

“When anyone is starting out, they should invest in what they know. It limits risk and provides the opportunity to learn.”

George’s first investment came in 2003 when he and 12 other physicians acquired Omega Hospital, a 16-bed surgical facility. While the move presented significant risks to George’s career, he had already practiced at the hospital for several years and knew of its demand, patients, strengths, and areas for improvement.

“For me, it was the smartest investment I made. Because it was a business I knew, it made the process manageable.”

3. Invest outside of your knowledge base by finding help. While investing in one’s area of expertise is important, George also prescribes venturing beyond it. The question pertains to timing. Physicians should diversify, he maintains, but only after building a solid foundation of wealth and contacts.

“If you focus on only what you know, you limit yourself,” says George.

In 2006, George established ERG Enterprises. During its formative years, the company concentrated in health care. Yet in 2009, that changed when George made his first investment in hospitality and real estate.

“When I made the decision to expand ERG outside of health care, I started looking for people who I could trust and who were experts in the business that I wanted to enter into.”

Importantly, finding the right people depends on the strength of someone’s network. That’s why George encourages new physicians to first focus on becoming a great doctor, which builds the relationships needed to find the right people later on.

George also believes physicians also need to display a willingness to trust and empower others to make decisions.

“Medicine is consuming,” he says. “You have to trust others to take care of things for you, no matter how important. And you have to be willing to genuflect to them at times.”

“You have to keep the doors open to do right by your patients. There’s an opportunity for physicians to become educated about the business of health care.”

For George, understanding the financial side of medicine is a requirement for success.

“Everything is fee-for-value now,” George says. “It’s no longer about, ‘Did I provide the right services to the patient?’ It’s about, ‘Did I achieve the best possible outcome for all involved?’”

For those starting their careers as physicians, as well as those already knowledgeable of its realities, George’s advice provides value. While the role of a physician is far more challenging and generally less lucrative than the past, the profession provides unique opportunities for upward mobility. Capitalizing on them takes awareness and commitment, something George learned early in his career and applied with great success.

Charles Wesley is a writer. Eric George is an orthopedic surgeon. 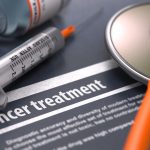 Misogyny in this physician's medical career 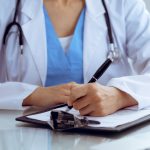