Addressed to Dr. Lynes, the note sat menacingly in my inbox like a distress signal ominously blinking on a battered ocean coast.

“Mr. Smith wants you to read the note before his preop, the nurse said harmlessly.” A premonition that day, just one more irrational fear in my downward spiral into darkness.

I am a physician, practicing a noble profession of merit. Sepsis, from a visit to Mexico, began a sad journey into futile shame. Six weeks of torture in the ICU, respiratory support with a trach, ARDS, DIC, ICU psychosis, multiple organ system failure, and a 40-pound weight loss, began my prescription of madness culminating five years later. “You look so well, Bill,” said a supportive colleague on my return.” I hid a secret of torment never whispered even to a soul.

I am a healer — a principled practitioner of a virtuous task — a lover of the good and worthy practice of medicine. I am well qualified but beaten down by endless hours of tense conditions; legal pressures flow from an unforgiving system expecting perfection. Constant paperwork piled to the ceiling, life-and-death decisions at every turn, and restrictions limiting my good-work turned a once limitless task into a tortured pastime. I was a burnt-out physician, tired, sad, and broken. A character of sorrow shattered and diminishing in performance.

The note was in the form of a postcard, the border delicately decorated with flowers, the writing neatly filling the page. He was 86-years-old at the time, 72, when the diagnosis of prostate cancer was made. A thorough consideration left the slow-growing cancer to careful follow-up, observation the obvious choice. But his life was long, and at the end, boney metastasis and bleeding local obstructive prostatic growth produced second thoughts as to the decision— a brooding consideration.

Perhaps aggressive therapy early-on, and conceivably a cure resulting in a longer life might have been his. I had resected the prostatic growth transurethrally on four prior occasions during the last tortuous year of his life, his fifth surgery planned for the next day.

“You are a devious, underhanded character; the perfectly formed scroll began. How could you neglect my disease,” he went on to accuse? Then the grand finale.

It was a repudiation of my 14-year care, and it wounded and betrayed me greatly. “I know you really did not do those operations!”

Physician burnout has many causes, but the most obvious one, in my opinion, is the practice and culture of overwork, superimposed upon a diseased health care system. We are encouraged to overwork in college for grades and the same in medical school to land that residency. The post-graduate system is unforgiving and punishing.

I, for one, worked one-hundred-hours, week after week. This culture spills over into our behavior in practice, day after difficult day, night after trying night of a pressured existence — life and death in our hands.

Our system is suspect. Government oversight has affected every aspect of the nobility of the profession. Too many patients flood our clinics for a balanced bottom line. Well-intended regulations from above, limit the honored Doctor-patient relationship.

We fear mental health treatment; will it become known to our partners or administration? What will they think and report if we confide in them? Will privileges be withheld, practices destroyed?

I was too far gone in my disease to handle Mr. Smith’s dilemma honorably that day. He deserved a physician who was well. My response at the time not constructive or fit.

Within days I choose a cowardly route, becoming a disgraced survivor of a bloody suicide attempt. Humiliated, I reluctantly retired from my life’s calling.

I want our profession to survive. Practicing medicine is a noble profession: It is worthy; it is right; it is decent. Let us fix and repair what is obviously a broken jewel.

Any resemblance to real individuals in this essay other than Dr. Lynes is purely coincidental and unintentional.

We need to find the Steve Jobs of health care tech 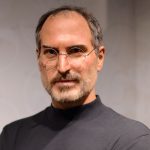 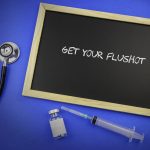