I’m fascinated by the human body — the intricacies of it, the poetry of it. I am intrigued that a cell can come together with other cells to form tissues, those tissues, organs, and systems.

The body is a powerful metaphor for unity: what happens when the one becomes the many, and the many, even more. It is a lesson in both individuality and community; how one sets out to create one thing — to be one thing — but through interactions with another, births something else entirely — something new, with traces of the old.

This is why I went into medicine, why I have spent the last decade of my life training and still have at least four more years to go. I am not a glutton for punishment, but I understand that my fascination with the body, and my resulting quest to master it, can mean something in the face of human suffering. I know that I am exchanging time for a power of sorts, one that at least sometimes, can bring order to systems when they decide to act disorderly.

At least, this is the story I tell myself. The story that gets me out of bed at odd hours and into my car and to work. This is the story I tell myself as I sit in my apartment, only a few months into residency, wondering if I made the right choice. It’s dawning on me that I am in the in-between, and it is unexciting and full of mundanity. The middle is uncomfortable.

The clearest parts of dreams are often the beginnings and the ends. You see where you currently are, the color of the dirt beneath your feet. You take in the smells around, the people who have stood by you, or the spots that could have been theirs. You imagine too, the finish line: what the colors might look like, how the smells might change, or at the very least, how you will feel. Dreams don’t give too much time to the middle, to the hazy details of the in-between. After all, the typical story is that you were at A, and now you’re at Z. The middle had high and low points, but hurray for dreams and perseverance; you’re now at Z. Everyone, of course, acknowledges that growth happens in the middle, in the hills and valleys between A and Z. But no one ever starts a dream about Z at the point between M and N. By definition, dreams are aspirational. They must ignore the middle to take root.

But what happens when you get to the hazy middle, the part you did not see fully before you set out?

At eight, I saw pictures of a procedure to separate conjoined twins in a book and decided that medicine was something I was interested in. I had started on the long, structured journey of formal education, and I would continue on it for two more decades: primary school, secondary school, college, medical school. I threw in an extra graduate degree. My Z was a career that would bring healing to bodies and societies, and in June, I finally finished medical school! The real work of doctoring began a week after. The dream was here.

The devil, they say though, is in the details. As I drove 22 hours across the country to start my new life, I didn’t see the many days that I would sit at a computer writing notes and paging in orders, having spent only a tiny fraction of the day doing what felt like “real medicine.” I didn’t see the poorly-behaved colleagues whose words and tones would belittle me. I didn’t see that even though I would love living by myself, sometimes having a plant as your only other living roommate would get lonely, even if you spend your working hours surrounded by people.

In theory at least, one knows that to get good at something, one must practice. But push has come to shove, and practice feels boring. The middle is not as exciting as I hoped. But maybe this is the lesson of adulthood: that getting to Z means showing up every day, exciting or not. It means sitting at that computer, writing notes, paging in orders. It means enjoying the moments that feel like “real medicine,” and remembering the Z you dreamed as colleagues continue to behave poorly. It means finding ways to call out bad behavior. It means forcing yourself to find human friends.

I find myself trying to decide which way to bend.

Tolu Kehinde is an internal medicine resident and can be reached on Twitter @tayokakehinde. 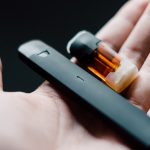 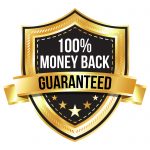