“Fashion Is Moving Too Fast, and It’s Killing Creativity,” by Veronique Hyland, talks about burnout in the fashion industry. As a former Fashion Designer turn physician, my curiosity was piqued. If you substituted the word “medicine” for “fashion,” the title would be just as relevant to the medical industry, as it is to the fashion industry. Yes, medicine is moving too fast, and it’s killing creativity and our doctors. Burnout in the fashion industry stems from the need to have the next best thing. The next best talked-about show, the next new trend, or a huge surge of Twitter-speak or a large social media following.

“These designers have studios, dollars, and huge publicity machines at their disposal, but they don’t have the luxury of time: time to develop an idea, time to set it aside, time to fail in the way that you inevitably need to, when you’re starting any kind of creative enterprise,” she notes.

When I designed women’s clothing back in the mid to late eighties, we had about four collections to design: winter, spring, summer, and fall. Now designers can have as many as ten collections to design in a year. That means they are producing new lines almost monthly. When I started out as a new attending psychiatrist, there were about six patients per physician, today we can have an average of fourteen, and I have had as many as eighteen patients to one inpatient physician. What I realized in these two dichotomous fields, that I have been a member of, we are on a similar course of burnout. Burnout is not unique to medicine. We are essentially all burning out. The major problem with physician burnout is the fact it can be lethal to the physician, as well as the patient. Physician burnout causes medical errors to proliferate, and more physicians are dying from suicide than ever before.

When Kate Spade died by suicide, I was very saddened by her death. I couldn’t quite understand why. After reading this article, I have a better understanding of the pressures she faced and how the fashion industry has changed. As a creative person who worked in the fashion industry, I remember the pressure of others dictating what they wanted me to design and hovering over me, almost guiding your hands to create their vision — the pressure to create the next most “saleable” or top-selling items.

When artists have time to think, sit and create, and are not pressured to produce the next great clothing line, their creativity flourishes. They find joy in their work. Under pressured circumstances, the joy goes away quickly.

When doctors kill themselves, it has a domino effect. There are so many people dependent on their care, and patients, in turn, are also affected. Every year about one million patients lose their doctors to suicide. Every year nearly 400 doctors will die by suicide. We lose some of the most caring and sensitive doctors to suicide, often the creative ones. When a fashion designer kills themselves, our society suffers the loss, and the world misses out on the gifts of another beautiful creative human being.

I think of Kate Spade when I look at my Kate Spade dress and shirt in my closet. She left the world a more beautiful place. There are very few days that go by where I don’t see something designed by Kate Spade, and I think of her. She seemed to have a life of creativity that I yearned for, something I missed. She was definitely doing what she loved and following her purpose. But was it the speed and the pressure of the industry resulted in her death? As a society, we have to stop and reflect on the pace we are all moving because slowly, it is killing us.

Ms. Hyland ends the article by highlighting, “creativity and vision are finite and not renewable resources; if we aren’t careful, they will disappear.” We have to think the same way about our doctors too. Doctors and creative people are commodities we have to treasure. They make the world a brighter place when they are allowed to sit and think and be in a state flow.

The pressure to be the very best all the time, the pressure to see the most patients in the shortest amount of time, is causing suffering to us all. You can only push through the speed for a limited time when burnout sets in it can be lethal in any field or endeavor.

Hisla Bates is a psychiatrist. 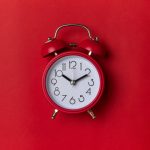 No matter what kind of days physicians have, patients have it worse 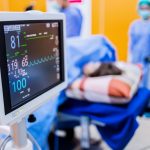