I was on my honeymoon in the Bahamas when I first heard the news: Hahnemann hospital was closing, and so was my child and adolescent psychiatry fellowship program — along with every other fellowship and residency program in the hospital. I was actually running outside enjoying the beautiful weather of the tropics and getting ready to go on a “swimming with the sharks” expedition when I got the email that stopped me dead in my tracks. I would later joke that at that point I should have offered the sharks to “just take me,” but at that point, my thoughts could have led me anywhere.

After the initial shock and tears, I found myself 1. quickly scrambling to get an international plan on my phone as I had no service and only Wi-Fi; and, 2. reaching out to as many child psychiatry attendings and supervisors I knew in the Philadelphia area. My new husband is a pediatric resident across the bridge at Cooper, and staying in Philadelphia was a top priority.

Over the next few days, I reached out to whatever contacts I could, spoke to the Drexel program director and leadership and tried to gather my thoughts on the situation. I tried to keep optimistic that something would work out because in my mind it would just have to. Continuing my training in Philadelphia as a future CAP psychiatrist was my only option.

As July and what was supposed to be orientation came around, all the fellows gathered at Hahnemann for hospital orientation, but that itself was a blur of mixed emotions and disorganization. Half the curriculum was reorganized as speakers and leadership were busy dealing with the chaos and surprisingly or not so surprisingly the welcome folders had suicide hotline cards inserted in the sleeves, you know, just in case. While several specialties were in an uproar, worried about displacement and the injustice of the situation, I, a psychiatrist in training relied on my defense mechanisms of avoidance and dissociation, going along with the motions because it was the only thing I could do.

The worst part of it was the flood of comments and questions from former colleagues, supervisors, family, and friends. “Are you OK? What is going on now? Where are you going? Are you not working? So what are you doing instead?” I know they all meant well, but at the time, I had no answers to these questions except for: “Yes, I am still going to work,” and “No, I don’t know what’s going on yet.” New news and updates were given on a daily basis. I started my outpatient rotation and had yet more orientation to another rotation site that I would not be attending much longer and felt the same way many of my fellowship cohorts were thinking — “Why are we doing this?” but I tried to take it in stride. We had daily zoom meetings that we would all both eagerly await and dread simultaneously.

The month ticked on. Uncertainty continued.

Towards the end of July, my program was offered a saving grace. The fellowship director at Jefferson understood our plight, and worked diligently along with the Drexel leadership and was eventually successful at absorbing our entire program of eight fellows while the original Jefferson program only had six. It was not a small feat, and there have been bumps along the road for the transition. But I am so grateful that something was able to be worked out for my program as not many others were as lucky.

Reflecting back on this harrowing ordeal it got me thinking: “Did I just go through a trauma? Is this misfortune something I can even complain about?” Every day I see patients who have gone through and continue to go through terrible traumas — physical, sexual, emotional, and they leave a long-lasting effect on not only their mental well-being but their person as a whole. Obviously, this situation does not compare to some of the worst stories I have heard, but again, my situation may have been luckier than other trainees, or even house staff or attendings. Conversely, my life was essentially in limbo for a month.

One month after officially becoming a Jefferson fellow, and I am only now finally feeling like a trainee again, getting back on track in the groove of my rotations and moving forward. I still have questions, however. Did being a psychiatrist help with this transition? How are all those other trainees fare? I’m really hoping they were all able to get a spot somewhere and continue their education. We deal with and preach resiliency all the time as psychiatrists, so did it just come with the territory? Or am I just overthinking things and this really wasn’t as big of a deal as it seems? A lot of what helped me through the transition was talking to others who were able to relate to my experience and commiserate.

These last few months feel like a blur, and I really hope that there is some follow up on the fallout of what happened to all the orphaned Drexel trainees. I also hope that if they did/do need someone or something to help that they are able to get it. I do not wish this predicament to happen to any organization in the future. But as with any hardship in life, I am hoping that it has helped me grow for the better and made me a stronger person for enduring it.

Marie Rodriguez is a psychiatry fellow.

Why pediatricians must talk to their patients about diversity 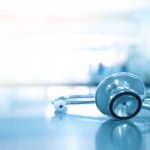 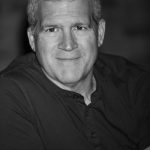 Resiliency in the face of despair, as told by an orphaned Drexel fellow
2 comments