When I migrated from the banks of the East River to the Tiber shores the path was strewn with bureaucratic boulders, land-mines, and pitfalls. I offer the tale of my odyssey as an object lesson to would-be fellow cosmopolites in that art of abandoning all hope the Italians like to call pazienza.

The idea was to try working in Rome for a year and see how it went. This sensible American plan collapsed under the weight of Italian bureaucracy.

Luckily I didn’t investigate every angle before starting off; if I had known the true lay of the land I might not have kept going after that Italian medical license like a donkey after his carrot. I’d have taken a job in some clinic in the Bronx, where I’d be seeing four patients an hour to this day. Instead, I made those steps you can’t retrace: gave up my three-bedroom apartment on the Upper West Side with views of the Empire State Building and the Tri- borough Bridge, and sold my Dodge Challenger convertible to a pinky-ringed Turkish importer-exporter who planned to strip it down to the skeleton of an Oriental low-rider.

Months beforehand I started focusing my Manhattanite efficiency on getting registered in Italy, my Italian husband leading me by the hand through the wilderness of Old World red tape. The first step was “getting my documents together,” an Italian ritual repeated before every encounter with officialdom. Sticking to a list kindly provided by the Italian Consulate, I collected my birth certificate, passport, high school diploma, college diploma, college transcript, medical school diploma, medical school transcript, certificates of internship and residency, National Board Examination certificates, American Board of Internal Medicine test results, and specialization diploma. Then I got them transfigured into Italian by the one person in New York authorized by the Italian Consulate to crown his translation with an imprimatur. We judiciously gave him a set of our own translations as crib notes, tailored by my husband to match the Rome medical school curriculum.

I wrote a cover letter from Andrea’s dictation. It had to be in my own hand, on a folded sheet of double-sized pale yellow ruled Italian paper embossed with a State seal, and had to be addressed “To the Magnificent Rector of the University of Rome.” You have to live in Italy a while to appreciate the theatrical elegance of making every fiddler a Maestro and every teacher a Professoressa; even the most corrupt member of the Italian parliament is by definition Honorable, and every client of a parking lot is by default, for lack of any higher title, a Doctor (“Back up, Dotto’, turn the wheel hard to the left, Dotto’”).

There came the proud day in June when I got to deposit the stack of documents in front of a smiling consular official in red nail polish and Armani. After expressing puzzlement that an American doctor would want to move to her country (“You medical people have it so good here”), she Xeroxed my certificates, transcripts, and diplomas, made squiggles on the back to certify the Xeroxes were “authentic copies,” gave me back the originals, and assured me that she’d get things processed zip zip in Italy so that by the time I left for Rome three months later I’d have my Italian license and be ready to get a job. Don’t call me, I’ll call you.

When we were about to fly in September and I still hadn’t heard from her, I went to check. Found the Xeroxes piled up on Signora X’s desk right where I’d left them, and the Signora gone for a month’s vacation. Slightly put out, I snatched up the stack to hand-carry over (re-inventing a common expatriate method for avoiding challenges to the efficiency of the Italian mails), prepared to do battle with the system on its own territory.

Patience squared. An essential Italian virtue, often invoked as a gentle reprimand for a foreigner’s loss of cool. When the grocery is out of milk, or an unannounced bus strike cancels your next patient’s appointment, the word to say (with palms upturned) is pazienza. It extends beyond the prosaic “keep waiting” to the philosophical: you have just experienced yet another reminder that the universe is fickle and, if not haphazard, certainly not designed with your benefit in mind.

In Rome, the person in charge of equipollenza, or training equivalency, was located at the Foreign Ministry. I got into that mass of marble by depositing my passport at the front desk, and was escorted through dimly-lit halls wearing a temporary ID badge on my lapel and clutching my little pile of documents. The diminutive official took a glance at my grimy Xeroxes and harrumphed a little laugh through his moustache. The colleague at the New York Consulate had unfortunately gotten several things wrong, he said.

First a procedural error: the “authenticating” squiggles on the back of the copies were meaningless. They didn’t even vouch for the accuracy of the photocopying, much less prove the validity of the originals. All the documents would have to be sent back and scattered around the USA for proper authentication, by local Italian consulates. For example, the Italian Consul in Boston had to testify that Harvard was a degree-granting university.

Second, the Consular list had omitted a crucial document, the Certificate of Existence in Life. No, the mere observation of me stamping my foot and tearing my hair was not, for the Italian government, sufficient proof that I existed. Yes, a nonexistent person was unlikely to be asking for an Italian medical license, but rules were rules. The Consulate’s final error was a bit of misinformation, bred, perhaps, of tenderheartedness. All these documents couldn’t possibly get me an Italian license. They would merely get me a toehold in the University where they might, at best, be alchemized into an Italian medical degree, but an actual license would be another and rather more difficult question.

This was my first lesson in Italian bureaucracy. The Consular official in New York clearly hadn’t had the faintest idea what she was doing and no intention of trying to find out, but she had found me too simpatica to disappoint—a sentiment not strong enough to keep her from abandoning my application to gather dust. 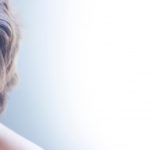 A mercy killer in the ER 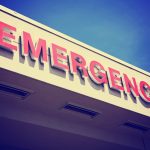 An American doctor in Rome
6 comments