I saw Kaitlin (identifying information changed) and her husband Brandon seven days before she died. Kaitlin’s cancer had been in remission at our last visit, but this day she looked awful. I estimated she had less than three months to live. As I think being surprised by death is unhelpful, I decided to test whether they were prepared to take on bad news by mentioning that she didn’t look like she was doing very well. Unfortunately, just pointing that out appeared to shock them. I sidestepped to noting the facts: the recent loss of function she had had and the new condition she had come to see me for.

Brandon interrupted to change the subject. I took this to mean that they were not yet ready to hear that Kaitlin was no longer in remission. I needed to find another opportunity for delivering the news. As Kaitlin already had routine tests scheduled two days later with her oncologist, I added some tests to give me a chance to speak with her again.

That evening I started ruminating about the interaction. On the one hand, it is seldom helpful to encourage patients to think they’re going to live longer than they are likely to. On the other hand, it is seldom helpful to force an unwanted prognosis on them. I was caught on the horns of a dilemma, and the approach I’d taken about mentioning her condition had not worked to get me out of it. I kept replaying what had happened trying to come up with a better way of broaching the topic. While there was nothing I could do for Kaitlin now, I can always do better for my next patient.

Two days later, I got Kaitlin’s results. Now it was my turn to be shocked. Her oncologist had already seen them and had immediately sent her to a specialty center. A disaster had hit her that had not occurred to me, and had I known one simple fact about her type of cancer, I could have figured out on the spot two days earlier why Kaitlin looked so awful. My concerns about my communication skills were now completely overshadowed by the deficiency in my medical knowledge. Why didn’t I know that fact about her cancer? How did I get this far in medicine without knowing that fact?

The next news about Kaitlin came five days later. She was dead.

I made my standard condolence call to Brandon. Our conversation was warm but perfunctory. Our next conversation came four months later, when he came in for a checkup. When I saw his name on my schedule, my heart sank. Of course, I wanted to see him and hear how he was doing, but I was also concerned that he might have come to feel that Kaitlin would have lived longer had there not been a two-day delay for her tests. In her case, such an outcome would have been unlikely, but what if he thought otherwise? Her death and everything related to her became a reminder for me of how much I don’t know, how I cannot possibly know everything I need to know, and how I can’t even define the boundaries of what I don’t know. I felt the abyss of unknown unknowns staring at me.

Among those unknowns is how people will react to the death of their spouse. I feared Brandon might now have a chip on his shoulder.

Medically, Brandon was doing well. Following his wife’s death, he had had some problems with insomnia and weight loss, but he was now doing okay. Three weeks after the funeral he was back at his job. He was not using any substances inappropriately. His blood pressure was under control.

As I ran out of things we had to talk about I nervously wracked my brain for other topics to talk about to prevent giving him an opportunity to mention my failures. Review the due date for his colonoscopy. Update his family history. Discuss seatbelt and helmet usage.

Finally, I worked up the nerve to ask how he was doing since Kaitlin’s death. He smiled, and thanked me for having brought Kaitlin’s state to their attention. He told me that on their drive home that day, there was a long silence while each hesitated to bring her failing health up, out of deference to the other’s feelings. Once they started, however, they talked for hours about Kaitlin’s impending death, what their life together had meant to both of them, their ideas about what should happen after she died, and that they had enjoyed their last night together. They were both so grateful to me for having brought it up, he told me. “It was the last time she was well enough to talk like that, and being able to do it in our own bedroom meant so much to us.”

I was astonished. Contrary to my fears, he did not express even a hint of concern about any failure on my part. Instead, I was showered with gratitude.

No one else holds me to the standards to which I hold myself. This whole episode was a reminder that getting most things right enough most of the time is, in fact, good enough. Imparting what knowledge I have with gentle kindness and goodwill is what my job is really about.

Meet the orthopedic surgeon who became a rapper 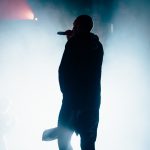 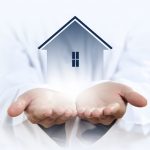 After a spouse’s death, a physician is showered with gratitude
2 comments