“The death of a child is the single most traumatic event in medicine. To lose a child is to lose a piece of yourself.”

I walked into work yesterday morning, and it only took seconds to appreciate the immense sorrow and sadness that permeated the air. My beautiful work family was despondent and deflated. Shoulders were slumped, feet were shuffling, faces wore defeat.

Something terrible had occurred during the night shift. Damn it. I felt my heart clench with the fear of anticipating the news that would cause such palpable pain to my coworkers.

Walking toward the first nurses’ station, “Central” as we know it, I said brief good mornings to several nurses and techs as well as our unit coordinator, Amy. Most of them were either sitting or standing, leaning into the counter. Under the fluorescent lights, their eyes were dull. A profound fog of nothingness seemed to envelop each of them.

It took her all of five seconds to explain the catastrophe. “Dr. Jim, four children died in a house fire.”

Damn it all, though, it happened. There was a house fire. Resuscitation efforts of the seven who had been trapped inside, five children, were initiated on scene by the same heroes that fought the fire to bring these victims out of the flaming house. Paramedics and EMTs continued the heroics, performing CPR and starting IVs and protecting and maintaining airways critically damaged from smoke inhalation and flame exposure. These patients were brought to our ER in multiple rigs that could never travel fast enough in these circumstances.

Once in the ER, the victims were cared for by multiple physicians, nurses, techs, EMTs, paramedics and unit coordinators who were each ready to give these victims the very best they had to offer. Not only were our ER and trauma teams fighting, but other departments also sent personnel to fight for the lives of these children and their mother. CPR was continued in hopes that these little hearts might start beating on their own. Life-saving IV medications were administered in attempts to jump-start injured bodies that wanted to shut down. Airways were maintained with tubes and provided ventilations in attempts to combat the swelling and damages from the fire burns and smoke inhalation. So many medical providers gave everything they could to change the fates of these patients.

No pulse. No cardiac activity. No spontaneous breathing.

The efforts put forth to save these innocent lives were monumental and yet … no miracles.

How in the world …

… does one even begin to process and find explanation for such a profound loss of innocent lives?
… does one try to erase the images that will haunt you for the rest of your life?
… does one continue at a job where, despite all the advances of technology and medicine, you still feel a sense of failure for not being able to reverse what the fates have planned?
… does one put on a brave smile and move on to the next waiting patient that needs treated, pretending that what just happened really didn’t happen?
… does one go home after a shift and pretend with your family that your heart is not bleeding?
… does one look into the eyes of your own children and not cry for the lives of these lost children?
… does one deal with this overwhelming and suffocating pain?
… does one return to a job where your heart and soul can be decimated in mere minutes, again?
… does one maintain a sense that the world is good, that life is sweet, and that love prevails?

After learning of the news and the events of the night shift, I offered as many hugs as I could. I walked down the hallway to settle into my work area, and it was there that I found not one, but two of my partners. The first one, Dr. Kevin, is recently graduated from our residency program and is on his way to a remarkable career. He was scheduled to work 5 p.m. to 3 a.m. but stayed on until 7 a.m. for obvious reasons. He is the father of three beautiful young girls. He looked exhausted. His pain, despite his attempts to smile, was evident. “Kevin,” I said, “let me get you an Uber home.” Of course, he refused.  “I’ll be OK.” He planned on going home to hug his wife and kids and have a stiff drink before settling in for some sleep.

Dr. Karen, my other partner, was the scheduled overnight doctor. Looking at her looking at me, I could see the swell of her eyes and the etched wrinkles of shock. She, like Kevin, planned on going home to hug her two boys and husband before hopefully sleeping off some of this night.

Before the overnight team left, a debriefing was held to address the events of the night and offer counseling to any of our team that might need it. As with Kevin and Karen, I bore witness to the raw pain that each of my work family carried from this tragedy. As one of my favorite nurses Debbie text me, “Keep an eye out on our friends, Jim. This is a life-changing event for them.” Slowly, our fresh team arrived between 6:30 a.m. to 7 a.m., and we were able to relieve our overnight staff and get them home.

In the aftermath of this tragedy, several family members checked in to be treated. Although their minds were elsewhere, I shared with them that so much love, so much pain, and so many prayers for their family were being shared by our team. Several of them searched my eyes, finding the authenticity of my words.

When a catastrophic event like this happens, especially involving the loss of children’s lives, the objectivity of our jobs melt away. The self-imposed barriers we build to protect are hearts and souls are destroyed. The efforts to maintain our composure are lost. Sometimes we are asked to be superhuman when we are simply struggling to breath. The loss of a child’s life will do that to us. A loss of five children’s lives, well, I can’t even imagine the lives that will be changed forever, the paths that have veered off from their expected course.

This family’s lives. Our ER staff’s. People’s who might read about this tragedy. Even yours.

I know mine has.

At the end of the day, no matter what kind of lives we lead or pursue, we are all bound by the human threads that interweave each of our lives to one another. In a society that wants to separate us based on our differences, we are reminded daily through tragedy and triumph that we will always be more alike.

This family’s pain is our pain. These lost innocent lives have brought us all to tears.

I would like to believe that angels’ wings are built from broken hearts. If so, these innocent children are already fluttering overhead of those that loved them most.

“There is no foot too small that it cannot leave an imprint on this world.”

I dedicate this to all of you who fight daily for the lives of your patients. You are amazing. 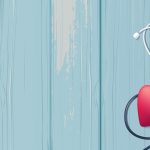 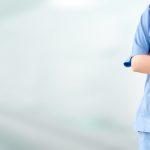