At the end of a long table covered with hors d’oeuvres and a birthday cake, I struck up a conversation with three primary care physicians.

I was hungry for their opinions.

Inside the crowded apartment, we spoke for some 20 minutes about the systemic and cultural causes of burnout in primary care—a conversation that informed the first article in this series.

As I was about to leave, I asked a question that led to today’s topic: “Do you think your surgical colleagues are burned out, as well?”

“Possibly,” said one doctor, “but far fewer than in primary care.” When pressed for an estimate, the three physicians agreed that, at most, 10% of specialists suffer burnout.

Upon researching the question, the total number proved much higher, according to a 2019 Medscape survey of 15,000 doctors. All surgical specialties report a burnout rate above 30% with ophthalmologists (34%) and otolaryngologists (36%) reporting the lowest levels among them. Urologists experience the highest rate (54%), greater than any primary-care specialty, including internal medicine (49%) and family medicine (48%).

While the Medscape survey demonstrates that burnout isn’t just a primary care problem, it also raises an important question: Why do burnout rates vary so greatly across surgical specialties?

The reported causes of specialist burnout

When polled, specialists, and primary care physicians alike blame the health care system for their burnout. Specifically, they call out “too many bureaucratic tasks,” “increasing computerization,” “too many hours,” and “lack of pay” as some of the most common causes.

These factors no doubt contribute, but they fail to explain why some specialties experience far greater rates of exhaustion, depression, and dissatisfaction than others.

For example, it’s widely acknowledged that physicians are fed up with insurance company demands (i.e., “bureaucratic tasks”) and time-consuming EHR systems (“increasing computerization”). But urologists and orthopedists are equally affected by these workplace frustrations. Why then are urologists nearly 20% more burned out?

Likewise, urologists earn an average salary of $408,000—nearly twice as much as pediatricians (a part of primary care). Why then do pediatricians report being 13% less burned out than urologists?

The same notion applies to spending “too many hours” at work. According to the Medscape survey, “the percentage of physicians who are burned out rises with the number of hours they work each week.” That’s true, but some with important exceptions. For example, orthopedists are among the least burned out specialists (only 38%) and yet they put in longer hours than 20 of the 29 specialties surveyed.

To summarize, the commonly reported “causes” of burnout don’t explain these extreme variations among specialties. So, if the problem isn’t just money, time or paperwork, what else might be contributing?

Sir Michael Marmot, the renowned British researcher who led studies on health inequalities for more than 35 years, pointed out that “status” has a tremendous influence on both mental and physical health. That is, our real or perceived rank—at work, among friends or in society—greatly affects our stress levels and self-esteem. Psychological studies widely confirm that the loss of social or professional status produces the same symptoms we associate with burnout: anxiety, fatigue, and depression.

And so it is for certain specialties and specialists.

The traditional culture of medicine has a well-recognized but seldom-discussed hierarchy. It accords the highest status to the physicians who treat the most complex diseases and perform the most difficult operations. Among specialties, the traditional hierarchy is undergoing a massive shift. Changes in the operative scope of practice have diminished the status of some specialists while simultaneously increasing their rate of burnout.

General surgeons used to be kings of the health care hill. They delighted in mastering an array of complex procedures; operating on nearly every area of the body. And still in some practice settings—rural areas and underserved communities, particularly—the general surgeon’s scope of practice remains broad.

But elsewhere the most interesting operations are being referred to subspecialists who have completed fellowship training and can provide deeper levels of surgical expertise. Hepatobiliary surgeons, for example, now operate on the most complex cancers of the liver and pancreas. Endocrine surgeons have laid claim to thyroidectomies and adrenalectomies. Even mastectomies, once the realm of all general surgeons, are being done by a smaller number of physicians who focus their entire practice on treating breast cancer.

As a result, many general surgeons now find their practice limited to treating the most mundane problems: hernias, gallbladder disease, and hemorrhoids. Their rising burnout rates (higher than the industry average of 44%) reflect these changes in surgical scope and status.

Obstetricians and gynecologists (OB/GYNs) are experiencing a similar rise in burnout and decline in status, but for a different reason than general surgeons.

Across the country, fewer women are getting hysterectomies. Those who do are choosing the minimally invasive laparoscopic approach over open-surgery. The new procedure is more technically demanding and, therefore, most effectively performed by OB/GYNs who pursue additional fellowship training. With gynecologists now doing fewer of these surgeries, many in the profession feel as though they’re being forced out of the operating room into office-based practices. To them, this is a clear-cut demotion in status.

Then there are the urologists (surgeons who operate on the kidneys, bladder, and prostate). They are medicine’s most burned-out specialists, a dubious distinction that follows a double-digit increase in burnout rates over the past year, according to the Medscape survey.

In previous decades, medical school graduates flocked to the field for the prestige and satisfaction of using a robot to perform prostatectomy (prostate surgery). However, recent clinical studies have demonstrated that (a) routine screening for prostate cancer doesn’t save more lives, and (b) “watchful waiting” is as good as surgery for many patients. With the total volume of cases shrinking, and with an increasing percentage of patients choosing “centers of excellence” for their surgeries, the remaining urologists are left with fewer opportunities to do the procedure that attracted them to the specialty in the first place.

In medicine, it’s often easier to establish a diagnosis than find a cure. For specialists, it’s one thing to acknowledge the link between burnout and status. Knowing how to address the problem is something else entirely. Fortunately, there are success stories from which all can learn.

Leaders seeking to bring about organizational improvements often focus their attention and energy on the groups or individuals with the greatest problems.

In the 1990s, an alternative problem-solving approach called “positive deviance” was popularized by husband-and-wife philanthropists Jerry and Monique Sternin. The couple helped reverse decades of malnutrition in Vietnamese villages—not by over-analyzing the afflictions of the most malnourished, but by learning from the families with well-nourished children. As mothers in nearby villages were told of these bright spots, many were able to replicate their success.

Medicine’s “bright spots” are the surgical specialties with lower rates of burnout, such as otolaryngology (also called “ENT,” short for ear, nose, and throat) and orthopedics. Compared to medicine’s high-burnout groups (general surgery, OB/GYN and urology), the bright-spot specialties have embraced three cultural points of difference:

In the past, all surgical specialties defined “mastery” as the surgeon’s ability to perform the most complex operative procedures. That is, they valued the complexity of an operation above all else. Among the specialties with the highest rates of burnout today, this definition remains unchanged. And as physicians in these fields find themselves doing fewer high-status procedures, they continue sliding further down the hierarchical scale.

By contrast, the low-burnout (bright-spot) specialties have evolved the definition of mastery to suit the times and better position their surgeons for the future. They think of mastery in terms of a surgeon’s depth of expertise and quality of outcomes, regardless of the types of operations performed. To them, any surgeon who does a common operation impeccably well is accorded the same esteem as surgeons who handle the most challenging cases.

In essence, the specialties that report the lowest rates of burnout have flattened the health care hierarchy.

This represents a massive cultural shift. I notice it every time I speak with otolaryngologists. They think as highly of their colleagues who specialize in pediatric ENT with tonsillectomy (a common and straightforward operation) as they do their colleagues who spend entire days resecting complex cancers of the head and neck. The same mindset holds true in orthopedics where sports medicine doctors (caring for more mundane problems) are, in my experience, just as valued as spine surgeons who risk paralyzing their patients every time they operate. In the bright spots, expertise outshines everything else.

There’s one more area where bright-spot specialists are staying ahead of the curve. More than ever, health care-safety watchdogs like the Leapfrog Group recognize the relationship between surgical volume (how frequently a surgeon performs a given procedure) and high-quality outcomes. That’s why Leapfrog began setting minimum annual standards for surgical cases and auditing the results of every participating hospital.

Patients are getting savvier about the importance of specialization and volume, too. In a widely cited article, AARP advised its 40 million members to ask every surgeon these two questions before agreeing to undergo a procedure:

As patients demand greater surgical expertise when undergoing high-risk procedures, employers are alerting their referral patterns accordingly. Walmart is steering its employees toward high-volume “centers of excellence” for affordable and high-quality specialty care—not just for the most complex operations, but for more routine procedures like total joint replacement, as well.

In this context, it’s no coincidence that the specialties still clinging to a “jack of all trades” mentality are the ones suffering the highest burnout rates. In general surgery, the writing is on the wall. The toughest and most interesting procedures—the surgeries that once defined their mastery—have been stripped away inside most clinical settings.

Likewise, as patients require fewer hysterectomies and prostatectomies, OB/GYNs and urologists are losing control over their signature procedures. It’s simply no longer possible for OB/GYN physicians to divide their practices among the office, operating room, and labor and delivery (L&D) suite. There’s not enough time or opportunity to be expert at all areas. Fellowship-trained urologists, meanwhile, are claiming an ever-greater percentage of prostatectomies.

Cultural change is never easy, but it’s necessary for the specialists who are feeling the most pain.

Cleaving obstetrics (OB) and gynecology (GYN) in two will be a hard pill for many to swallow. The same goes for slicing general surgery and urology into narrower areas of focus. Redefining mastery will prove difficult for all three of these specialties. But as the bright-spot specialties have shown, these are the best treatments for combating burnout, both now and in the future. 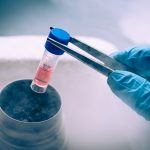 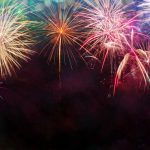