I found you standing on a platform. It was a foggy, damp morning, and your vision was obscured. People came and went, some with urgency, others not so much. Some people you knew, others were strangers. Your husband was usually nearby, often holding your hand, other times out of sight.

At times you could hear his voice, but couldn’t find him with your reach. There were noises that would startle you, but even in the rare silence, you could not find repose. It seemed as though something was physically holding you in place, making it difficult for you to move about.

Voices interrupted, some with muffled whispers, others with clear directives. You smiled a nervous smile as each new sound approached, making its way through the fog.

You smiled when you heard my voice. I was a stranger who had been sent to help you navigate the platform. You had never been there before, but I had walked the old, worn planks nearly daily for the past several years. The fog was familiar to me, as were the voices. The unpredictable urgency and the unsettling silence set the tempo to which I go about my day. I could tell that you were uncomfortable and uncertain, struggling to find your bearings. I knew the platform, but you didn’t. I knew the secrets of the platform well and wanted so badly to tell you. I couldn’t on that first day. Strangers shouldn’t share such secrets.

The next time you heard my voice, we were no longer strangers. The fog thinned briefly, and you looked up and saw my eyes. Yours were sunken and dark, but still with a small twinkle, the last embers of a brilliant and beautiful fire. I found your husband nearby as the fog again thickened. He held your hand. I held your hand. There were numbers on a screen off in the distance. The screen was often the source of the startling, urgent noises.

Then you turned your head toward me.

“Do I have to go?” Your question surprised me.

“When is it coming?”

“Soon. It’s still off in the distance, but I can feel the ground starting to tremble. It’s getting closer.”

“That’s what I thought.”

You knew all along, but you needed to hear the words. A tangible confirmation of the truth you’d known in your gut. You needed me to say it.

You needed me to tell the others our secret.

Your husband stayed on the platform and was there when the rest of your family arrived. The urgent noises subsided and gave way to the soothing sounds of familiar voices. You relaxed in the tranquility as you said goodbye and squeezed the hands of the people you love. They held you tight, reluctant to let go. Eventually, the grip loosened and you were able to make your way toward the edge of the platform. The old, worn planks creaked softly under the weight of your thin frame. A whistle cried nearby.

Somewhere in the dark of night, a train pulled up to a platform. A burst of fog enveloped you, and when it cleared, you were gone.

Christi Bartlett is a palliative care physician who blogs at her self-titled site, Dr. Bartlett Pear.

I'm sorry: Why I lost my love for medicine 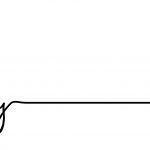 5 steps to fix our EMR disaster 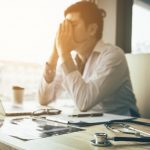 When the train comes for you
1 comments