A few months ago, I realized it was time to have a conversation with my tweenage son that I had been dreading.

It wasn’t where babies come from. It wasn’t about death or illness or substance abuse.

My son, always sensitive and inquisitive, was sitting next to me Googling random things. Then he Googled his dad, and my heart stopped.  Because I knew the next search would probably be me.

I haven’t Googled my name in years.  I know what’s out there about me; things posted by disgruntled patients who didn’t get what they wanted or had a bad outcome that wasn’t necessarily my fault, but for which they needed a target for their anger and pain.  Seeing these posts causes me too much anxiety, and my inability to respond makes me feel powerless.

I refuse to pay sites to remove negative reviews.  I refuse to try to solicit positive reviews.  I refuse to encourage fake reviews from non-patients.  Most of all, I refuse to reach out directly to patients who have clearly made up their mind without trying to have an open discussion with me.  It’s not like I haven’t read On Apology, it’s that if I truly believed I’d done something that caused harm, I’d have already dealt with it in a legal, ethical way.

Most of what is out there about me make me sound much more incompetent, unkind, and careless than I like to think I actually am. But I have always dreaded the day my kids found those reviews.

Fortunately, that night after Googling his dad, my son got distracted by something else, but I knew my turn would be coming.  My husband and I had discussed this in the past.  His answer was always that the kids would know better than to just believe what they read or be affected by it because they know me best.   But I was not reassured.

So, what does any mom do these days when she isn’t sure about how to deal with a parenting issue and is not satisfied with her partner’s answer?  I, of course, started asking my internet friends.

I got some really good advice. “This is a good time for the lesson on everything on the internet isn’t true.”  “I tell my child I can’t make everyone happy all the time.”  My personal favorite was: “You can be the juiciest plum on the tree, but there’s always someone who doesn’t like plums.” This will be saved for the first time one of my kids gets their heartbroken.

The next day when I picked my son up from school, and we were driving to pick up his younger siblings, I told him, “I need to talk to you about something.” I think he thought he was in trouble because he got very quiet.

“I saw you Googling Dad last night. When you guys Google me, you are going to see a lot of mean things from people who have been unhappy with me. Because of privacy laws, I am not able to do much about it and can’t respond. So, if you if have questions, you can ask me, but there’s not much I could actually tell you.  I know you know that not everything on the internet is true.”

“I can’t fix everyone’s problems and give them everything they want. Some people just like to say nasty things.”

“Are we done? Can you put some music on?”

Well, that was the end of it with him.  I was relieved that he didn’t seem to be bothered by it. But it bothers me, and it hurts me, and it hurts my friends and colleagues.  With all this talk about physician burnout and physician suicide, the dirty little secret no one talks about is the culture of bullying that is pervasive, and some of that is bullying by patients, including online.   In no other field or business would anyone be limited and have their hands tied from responding to reviews the way physicians are.   I would love for us to challenge and clap back at these sites.  We need to tell legislators and our medical societies that this is not OK, and we need to stop turning the other cheek.

Rani Alexander is a family physician and can be reached on Twitter @ranialexandermd.

Are you leading from reactivity or creativity? 4 steps to see your blind spots. 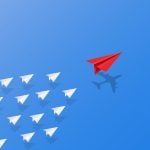 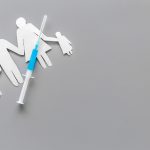