“What’s the most common missed fracture?” my supervising PA asked during my clinical rotation in the emergency department. “The second one,” I answered confidently. It was the right answer, and I surprised him by knowing it. He had previously given a lecture to my class and had emphasized this clinical pearl in such a way that I knew it was one of his favorite trick questions.

Unfortunately, I didn’t always know the answers to the questions my preceptors asked. Before I started PA school, when I didn’t know something, I had a habit of simply stating this: “I don’t know,” I would say, my tone conveying curiosity. This used to be a valid answer, an honest one — that is, until I got to PA school.

I quickly learned that part of my training to become a PA would include removing the phrase “I don’t know” from my vocabulary. At first, I tried to find a replacement. When I didn’t know something, I would say, “I’ll look that up!” eager to indicate my willingness to learn. But this response wasn’t good enough either; it was still an admission of ignorance.

There is a subtle distinction in all of this. Of course, it’s OK not to know something; after all, no one can be expected to know everything. However, if at all possible, it is not OK to admit that one doesn’t know something in a public manner. Doing so results in giving the impression of being unprepared at best and incompetent at worst, neither of which are acceptable for healthcare professionals.

In order to avoid this, we learn over the course of our training to practice the art and skill of roundsmanship. “Roundsmanship” is considered “an academic game or intellectual exercise,” and there are several objectives: demonstrating one’s knowledge of medicine, managing impressions of competence, and establishing trust among peers. In the event that someone is asked a question, they can’t answer during rounds, the skill of roundsmanship lies in redirecting the question to an area in which they can shine.

Roundsmanship illustrates how, as health care professionals in training, we are encouraged to exude confidence rather than humility. We are taught to hide all that may be perceived as inadequate or underdeveloped. Of course, there is good reason for this. The skills that one develops through the practice of roundsmanship are essential for maintaining professional, beneficial patient-provider relationships.

For example, if a patient asks a question that their health care provider doesn’t know the answer to, telling the patient “I don’t know,” might risk rupturing whatever rapport has already been established. Instead, in order to preserve the patient’s trust and confidence, the health care provider may decide to redirect the conversation to what they can tell the patient.

Unfortunately, the skills that health care providers develop from years of practicing roundsmanship can also be used in less-than-scrupulous ways, which is off-putting, to say the least. Nevertheless, I have come to realize that roundsmanship is like any other skill — it can be used in either positive or negative ways. It need not be summarily dismissed as a tool of deception or a superficial tactic to make oneself look better. Rather, roundsmanship can be the arena in which health care providers develop necessary skills that they will draw on for the rest of their careers. As the Dalai Lama says, “With realization of one’s own potential and self-confidence in one’s ability, one can build a better world.”

What The Big Sick says about our profession 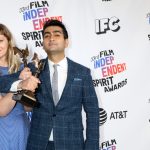 Roundsmanship: the skill you didn’t know you needed
1 comments