Suicide prevention efforts begin when inmates initially arrive at the jail. The booking process includes several questions and observations designed to estimate suicide risk. Inmates are asked point-blank if they are suicidal or are thinking of hurting themselves. Inmates who have attempted suicide or harmed themselves in the past, those who have been using heroin or other drugs and are facing withdrawal, and those who have been off of their normal psychiatric medications all have an increased risk of suicide. Especially important are inmates who face public shaming because of their charges (think child porn). These have an especially high suicide risk.

Once all of these questions (and others) have been asked, a yes-no decision must be made as to whether the inmate will be placed on suicide watch. This is often a difficult judgment call. On the one hand, you don’t want to miss any truly suicidal patients. On the other hand, suicide precautions can be harsh, even by jail standards. In Jeffrey Epstein’s case, he was indeed initially placed on suicide precautions.

Let’s consider a male patient charged with child abuse who says at booking, “My life is over, so I’m going to kill myself. There is nothing you can do to stop me.” This patient would, of course, be placed on maximum suicide precautions. There are two main goals of jail suicide precautions. The first and most important is to not allow the patient to kill himself! The second goal is to get the patient mental health counseling and treatment.

To accomplish the first goal, our suicidal patient would be placed in a cell especially designed to have nothing that could be used for self-harm. Much care has gone into the design of these cells. The light fixtures must be recessed and inaccessible. There can be no sharp edges or bits of metal. (I once had an inmate who peeled off a small piece of metal from a poorly designed door and sliced open his brachial artery. He did not die, thank goodness.) Even the pegs to hang clothes on are designed so they cannot support a person’s weight.

Since regular clothes, blankets, and sheets can be torn and braided to make a noose, our patient would be issued a special suicide garment and blanket. These are designed to be impossible (or nearly so) to be used to hang oneself. These are too tough to be ripped into anything that could be used as a noose. The garment has Velcro stays not strong enough to support a person’s weight. However, suicide garments are certainly not comfortable. Some patients think they are demeaning, refuse to wear them, and walk around naked.

The second goal of suicide observation is to get the patient mental health treatment. Mental health professionals will typically see a patient on suicide watch at least every day. Psychiatrists or other medical practitioners will also see these patients and prescribe appropriate psychiatric medications. Patients who are actively a danger to themselves (think repeatedly running headfirst into the wall) may need physical restraint, perhaps with a specially designed chair or involuntary sedation pending commitment procedures.

Most suicidal patients stabilize over time thanks to counseling, medications, and self-reflection. After three days of suicide precautions, our patient might say, “I’m not suicidal anymore. I won’t hurt myself.” Usually, suicide precautions are phased out in a step-wise fashion. Our patient might be given back his regular clothes but kept under observation for one more day, then sent to regular housing.

It’s very hard to commit suicide while on suicide watch as described. In fact, most successful suicides in jails do not happen among inmates on suicide watch. Jeffrey Epstein is a prime example. He had been released from active suicide watch. The correctional officers were still supposed to do checks on him every 30 minutes (which they evidently did not do), but this was because he was in a special housing cell rather than an open dorm. Special housing cells tend to be small, typically two beds, and have small windows or observation ports on the door. The only way to see inside is to walk up and look inside. Correctional officers are supposed to do this with all special housing cells every 30 minutes.

Of course, if you really want to commit suicide, 30 minutes is plenty of time. If the officers are not doing the checks, well, that gives you even more leeway. However, in Jeffrey Epstein’s case, the critical factor was not that the checks were not being done; it was that he did not have a roommate! It is much harder to commit suicide with a roommate who will sound the alarm. It is even harder when you are in a dorm with 40 others, any of whom can intercede.

For this reason, patients coming off of active suicide watch should always have at least one roommate, more if possible. And even more important than being a suicide “alarm” is the psychological benefits of roommates. Depressed patients need social interaction and someone to talk to. Isolation is psychologically hard, which you do not want to inflict on a patient who was recently suicidal. According to news reports, Epstein’s roommate was released, and he was left isolated. This was perhaps the biggest mistake in his case, even more than the 30-minute special housing checks not being done. 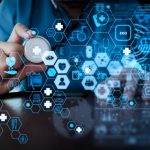