As a doctor that specifically deals with brain and spine surgeries, I have adopted a No Room for Error mentality in the operating room. I believe this same mentality can be helpful in making the best possible life decisions.

What do I mean by No Room for Error?

It is natural to visualize the successful achievement of a goal. For instance, prior to performing the most common surgery I perform, resection of a herniated lumbar disc, I use mental rehearsal. I stand in front of a white porcelain sink. Antiseptic bubbles cover my hands and drip from my forearms. The surgery takes place in my mind, playing like a movie on the inside of my eyelids: The setting of retractors, the dust from the drilled bone, capped by the neurosurgical triumph as I relieve the bruised and battered nerve root.

On the contrary, it is distinctly unnatural and unpleasant to visualize the worst things that can happen during the same lumbar disc surgery. There are a myriad of bad things that can happen to a patient during spinal surgery. For instance, I can yank out a part of the nerve instead of the herniated disc fragment. This could lead to worsened symptoms or muscular paralysis. Or, worst of all, my biting instrument can go a few millimeters (really a tiny distance) too deep and tear a hole in one of the great vessels. This could lead to exsanguination and death.

No Room for Error demands that I keep, in the foremost part of my consciousness, all the worst things, the disasters great and small, that I must avoid. Of course, I cannot let that prevent me from assiduously working towards my goals.

Why is it so difficult to focus on the bad while pursuing the good, planning for the worst while working towards the best?

Simply put, we hate to lose about twice as much as we like to win. The pain of imagining a bad thing is twice as strong as the pleasure of visualizing a good thing. The fathers of behavioral economics, Kahneman and Tversky, coined the term ‘loss aversion’ for this concept.

Many researchers have demonstrated that we will go to much further lengths to avoid losing something than we will go to gain the same thing. One of the experiments, performed in 2014, goes like this:

Another 100 volunteers were given fifty dollars and presented the same choice framed in a different way. Do nothing and lose twenty dollars. Or flip a coin. Heads, you keep the fifty dollars, tails you lose it all. In this case, many fewer people decided to do nothing and hold onto the thirty dollars, the majority flipped the coin.

Mathematically the two choices are exactly the same. Flip a coin for an even chance of having fifty or zero dollars, or do nothing and keep thirty dollars. It is only whether you think about it as a loss or a gain that’s different.

How does loss aversion make any sense?

From an evolutionary standpoint, if a human were starving and he lost a day of food, he might die. However, if he gained an extra day’s worth of food, it wouldn’t have the same impact because there was no good way to store the extra food.

What parts of the brain may be responsible for loss aversion?

Using fMRI on the brains of volunteers, scientists have discovered a tug of war between two parts of the brain.

In certain subjects, the amygdala, an area of the brain involved in emotions and memories, dominated. If your amygdala dominates, you are much less likely to see the equivalence of the two bets, and your bias towards loss aversion will cloud your decision making.

Other volunteers showed more activity in a specific part of their prefrontal cortex, the area of the brain that controls executive functions and rational decision making. If you are such a person, you can view the above scenario without cognitive bias and determine that the two choices are equivalent.

How does a No Room for Error mentality help in life decisions?

The cognitive bias of loss aversion prevents us, like Pollyanna, from confronting the worst possible outcome. If our judgment is clouded, we are not willing to visualize disaster, and we are less likely to avoid critical errors. For example, before signing a personal guarantee on a loan for a business venture, imagine that business crashing and burning. What would happen to your personal finances if you were forced to repay every cent?

A No Room for Error mentality demands that you actively imagine the worst outcome of a high stakes decision. Despite the discomfort of visualizing catastrophe, doing so is the best way to avoid it.

Privilege is your superpower 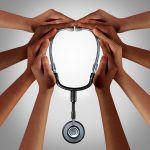 Medical students creating their own oaths: Is that the best way to enter the profession? 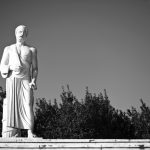