The debate centers on the board certification process for “grandfathering” for the new pediatric hospitalist subspecialty which effectively excludes women on the basis of motherhood.

For those not familiar with “grandfathering in,” this is the process by which a new subspecialty may grant board certification to physicians who have been practicing in the specialty. The alternative option for obtaining board certification in pediatric hospitalist medicine (PHM) is completing a two-year fellowship. For physicians already practicing PHM, completing a fellowship means completing training for a job they already perform and may even teach to PHM fellows. “Grandfathering” is time-limited — in the case of pediatric hospitalist medicine, four years of uninterrupted practice must occur between 2015 to 2023 in order to qualify. Unfortunately, only within the last month has the American Board of Pediatrics (ABP) made it clear that maternity leave will be considered a practice gap, rendering an applicant ineligible for “grandfathering.”

Pregnant pediatric hospitalists and those who have recently had children are terrified and angry that their career plans, which many have been working towards for half their lifetimes, are now being crushed by an arbitrary rule that discriminates on the basis of motherhood. Many who were denied on the basis of motherhood submitted appeals (which were reviewed by a group of pediatric hospitalists who refuses to be identified) and also denied.

Because physicians completing training are usually in their 30s, women in pediatric hospitalist medicine are now being forced to choose between having a family or completing four years of uninterrupted practice to become board certified in pediatric hospitalist medicine. This is a distinctly different process than any other part of training (medical school, residency, fellowship) where there are allowances for time off to have a baby.

Some physicians within PHM incorrectly insist that board certification isn’t necessary to practice, but job postings, interviews, and even insurance companies are already asking about board eligibility.

Current pediatric subspecialties (cardiology, infectious disease, gastroenterology, and the relatively newer subspecialty of pediatric emergency medicine) also increasingly require board certification in the subspecialty in order to practice. One rationale for board certification in pediatric hospitalist medicine was to ensure that pediatric hospitalists had the same opportunities for leadership as physicians in other subspecialties. With the current gender gap in both leadership positions and pay within medicine, what does this say about the ABP’s commitment to women in leadership?

Ironically, this exclusion is occurring at the hands of a specialty that advocates for the health of children and families.

The problem reaches deeper than the specialty of pediatric hospitalist medicine. The process for grandfathering in other subspecialties has also included a requirement for continuous practice, although it is unclear whether maternity leave was allowed. Requiring continuous practice for board certification inherently contains a gender bias. Biases are often unconscious, and rules are often built around the unconscious assumptions of the rule-makers. In the 1970s, the law was that a woman could not open a credit card in her name or work overtime because of the assumption that women stay home with the children, and men work.

The assumptions, in this case, are that pediatric hospitalists are not women of child-bearing years and that maternity leave constitutes an unnatural and unnecessary break from clinical practice.

These rules may reflect outdated ABMS rules on grandfathering in new subspecialties. If that is the case, this is a call to action for the house of medicine to change its rules to reflect the current climate of the medical era, a climate in which over half of medical students are now female.

From a historical perspective, though the women’s rights movement changed the day-to-day roles that women played in society, the laws in the 1970s reflected the climate of a generation prior. Changing those laws, by Ruth Bader Ginsburg and others, meant first convincing people that bias against women existed and then convincing people that the laws or rules needed to reflect the current state of society.

The climate of this new era of medicine is one in which more female physicians than men are entering practice. The rules or “laws” were made in a different era or made by physicians who practiced in a different era, one in which there was never any consideration for maternity leave because the physicians were all men. The climate of medicine has changed — it is time for the rules to change with it.

Who should advocate for older patients in the hospital? 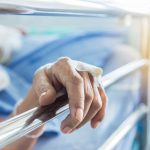 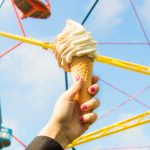