When I was on staff at a large medical center, the CEO established four core values for the institution which he arranged in a diamond pattern: safety at the apex — think of yourself as a patient expectedly at the bottom.

While it seems hard to assess how seriously this widely displayed mission statement was taken, or if anyone really remembered which value went in which corner, the institution expanded. Thinking of yourself as a patient usually includes not wanting to be one. Fortunately, medical care is not all rescue from misfortune. Research abounds. If American health care underperforms metrics of access and outcome of other countries, our laboratories sparkle like no other. We have assigned once-dreaded diseases to the medical history books, made pneumoencephalography obsolete and have transformed our biochemistry courses from understanding metabolic pathways to understanding the molecular biology.

Having watched patients on Medicare assign their too frequent doctors’ visits to their prime social outings, I resolved on retirement that I would find other reasons to venture out of my house. The Osher Lifelong Learning Institute became a valued destination. While the ties to the state university are generally loose, they are not absent. As our health varies from unimpeded to not entirely independent, retirees make for a good pool of research subjects to enroll in several ongoing projects at the university’s expanding health institute, which does not yet have a medical school but promotes allied health professions training in a big way. Seeing a project on mental acuity recruiting participants at the Osher Institute, my son’s neurology fellowship pursuit, I opted to sign onto one of the research protocols. Since I can drive my car safely in all but highly flooded weather and never have to hit the alarm option on the key to find it in the parking lot, they designated me a control.

While I’ve done mental status assessments as part of history taking for my entire career, I was not prepared for the sophistication of the battery that came my way. Lists of words, unrelated, floundering at first but able to put the unrelated single words into a few categories. My memory is mediocre, attention span so limited that I’ve abandoned watching movies while rejecting a therapeutic trial of my kid’s Adderall, ability to learn verbally very good. They showed me shapes and had me place them back in order. I named each shape, then put each back on the screen. Right-sided spatial reasoning did not go as well. I had to find an object on a screen but could not relate fixed landmarks that would enable me to find it when hidden. I was also not allowed to move the joystick backward. What I did instead with limited success was the fishing technique of fanning. Having no idea where the fish are in the pre-electronic age, we would cast repeatedly in a semicircular pattern from our pier. It got me to the target about a third of the time. I’m just not right-brained, but my spatial orientation remains adequate to drive safely, though I still struggle to parallel park.

The session ended with my first uncontrasted MRI, courtesy of the research grant. An hour’s relaxation with a supine posture, slightly itchy nose that had to wait, noises that reminded me of a confined contraption at an amusement park and an occasional instruction from the technician as there were some dynamic elements. In the end, with a finesse for landmarks that impressed the technician, I read my scan. An empty sella, I think, more cerebral atrophy than I might have predicted from my still pretty decent intellect, and no masses or asymmetry.

A month later had more visual testing, remembering pictured and named objects, putting them in categories and in size sequence. Then they had me pronounce some written words too hard for the SATs, maybe even some synthetic foreign appearing words. Onward to the stress test, no isotope. When they took the baseline EKG, I asked to see it, covered the machine’s reading, and read it myself. It matched the machine’s reading. Some remote memory of how to do this remains, but they didn’t test for that. I plodded along with a non-rebreather device, eventually concluding that another minute would bring my wife too close to widowhood. A finger in the air and a nod ended the test safely.

People administering these studies seemed like kids, indeed younger than mine, undergrads hired for the summer. I asked some very basic research questions imprinted by my fellowship chief decades ago that we see in our journals all the time: what is the question being raised, how many participants do you need to get meaningful results, how many or enrolled, who funded it, how many grams did the research proposal submitted by the professor to the NIH weigh?

Nobody that I encountered has actually seen the grant. What the experience reminded me was that the knowledge by which we offer patient advice has to come from somewhere, often by experimenting on good-sport volunteers. We depend on the exploration of what we wish we knew but don’t and often spend more effort designing a protocol or asking for money than we do on performing the study, only to have it skewered at residents journal club a month after it appears in print.

I’m still a control. Finding my car in the relatively open parking lot was easy. Contesting a university parking violation for parking in a poorly labeled restricted but mostly empty lot may not be as easy. 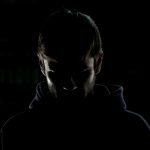 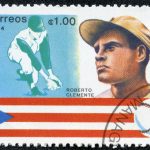