Doctors who disparage, or even ridicule, what parents tell them are, fortunately, rare. Nevertheless, sometimes parents may infer from what the doctor says or how he acts that he does not value what they are telling him, even though he did not mean to imply such a thing. All physicians have had the experience of overly touchy parents inappropriately assuming from our questions that we do not respect their ability to give a useful answer. This is prone to happen in situations where parents, already agitated over their child’s illness, are concerned that the doctor believes at least part of their child’s problem stems from what the parents did or did not do. A good, experienced physician easily senses this defensiveness in parents and does or says things to reassure them; the disparaging physician does not bother, since he assumes parents are usually part of the problem anyway.

Doctors with this kind of poor communication skill overlap those who are disbelievers, since both place little stock in what parents are telling them. The disparager is a little different from the disbeliever, however. Whereas the latter may actually be contemptuous of parents’ ability to give a good history, the former usually carries in his manner some of the old medical paternalism; the doctor knows best, and the parents know very little that is helpful, but that is not their fault—they cannot help themselves.

Parents may meet a doctor with this attitude, although, truth to tell, such a physician is more often identified out of parental earshot, since most have the good sense and manners not to act in an obviously disparaging way toward parents. These doctors generally confine their comments to colleagues or nursing staff, although they are occasionally surprised by how good parents’ hearing is through a partly open examining room door.

What should you do if you meet such a doctor? Unfortunately, and as with the related category of the disbelieving physician, you as a parent can do little to change this doctor’s personality type. You can, however, be aware of what is happening with the interpersonal dynamics of the medical interview. This insight should be all you need to understand that the doctor’s disparaging manner is not about you, the parent; it is about him, the doctor, and he probably behaves in a similar way to many other parents and patients. Try not to take it personally. Besides, as long as his medical skills are up to the task, he is still probably a good source to give the care your child needs.

You will not be surprised to learn that doctors who are disparaging toward parents are also often disparaging toward their medical and nursing colleagues. This can make parents uncomfortable as when, for example, a doctor who is seeing their child criticizes what other doctors have said or done. It is one thing to be honest and open with parents; doctors should not conceal from them things they have a right to know. But it is quite another thing to denigrate one’s professional peers. Doctors who habitually do this often seem to do so in order to make themselves look more important in parents’ eyes. You should be wary of participating in such a conversation. 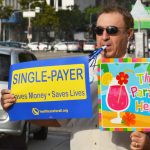 8 incredible side effects of being debt free 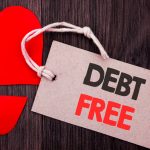 What to do with disparaging doctors
4 comments