To fill an assignment in an undergraduate medical sociology class, my friend and I made an appointment with the assistant administrator in a local hospital. After the interview, we proceeded towards the exit by cutting through the obstetrical wards. We passed an exhausted young doctor with a stethoscope draped over his neck and hunched over a stack of charts. He glanced up as we passed, and we introduced ourselves as university students. He smiled weakly and was about to return to his charting when I told him that both of us planned to apply to medical school in two years.

“I would so love to be a doctor like you. Are you an attending here?”

“I am the chief resident.”

“How many years out of med school are you?”

“That seems so far away, but someday I will be where you are.”

“You don’t know what you are getting into. If I had it to do over again, I would have majored in business.”

“But, you are almost at the end. You have come so far and have so much knowledge and skill.”

“You are naïve, but I guess I once felt like you do. I wish I could get it back.”

We said goodbye to him and went out into the cold November air. We didn’t talk as we walked back to our car, but I wondered what happened to that young doctor along the way and if that would be me in 10 years.

Numerous studies have found an increased risk of depression, suicide, and drug dependency among physicians as compared to the general population. “Burnout” is a catchall term that comes from long days and sleep interrupted nights, self-recrimination for mistakes, a litigious society, and an evermore-burdensome bureaucracy.

What started as a trickle of the jumbled alphabet of bureaucratic programs has become an avalanche of acronyms: MIPS, APM, MACRA, OPPS and so on. Add to this the maze of insurance plans and throw into the mix the stress of physician job stability linked to patient satisfaction scores, and the doctor’s luster begins to chip and peel. Are the relatively high-income level and societal prestige worth it? The answer may be reflected in the fact that most doctors used to encourage their sons and sometimes their daughters to go into medicine. Recent surveys have shown that advice has trended downward into a minority as low as 1 in 10. I help interview medical school applicants, and I ask some of the young aspirants if they are worried about this process of “cynicism-ization” happening to them.

I tell them to envision that chief resident I met years ago who questioned his decision to go into medicine and asked if his experience would challenge their altruistic vision of the profession. Each of them acknowledged the difficult years of training ahead and the challenges of a bad day or week or even a month, but cited their group’s common theme of wanting so badly to finally earn the right to heal suffering human beings which would counter cynicism with hope and meaningfulness. I believed they truly believed those words.

So how can doctors counter cynicism?

It is easy to get lost in the trees of the daily grind of busy computer-centered patient encounters so that the forest of helping fellow human beings isn’t seen. The healing power of helping others is a central theme in religion and is a common therapeutic principle employed by the psychosocial professions.

Albert Schweitzer said, “I don’t know what your destiny will be, but one thing I do know: the only ones among us who will be really happy are those who have sought and found how to serve.”

By definition of the profession, physicians are deeply engaged in helping others, but yet that part gets lost in the daily grind of the business that medicine has become. Stepping back and truly serving those who can only pay with a smile of gratitude can be amazingly therapeutic. A colleague told of his trip to Guatemala, where he did cataract surgery in an outlying village on bilaterally blind patients. The euphoria of removing a bandage the next day and watching a patient look around in astonishment reminded him of why he went into medicine. He contrasted this to the patients in his practice who complained that their tinted contact lenses didn’t quite match the color of their purse. I receive comparable satisfaction closer to home by checking kids’ eyes and giving them glasses at our county juvenile detention center.

There is no shortage of patients in need, whether it be restoring sight in a remote developing country or diagnosing hypertension at the local homeless shelter. There is an amazing self-restorative power in altruistically using knowledge and skills passed down to we physicians from a complex multipath traced back to Hippocrates. This is the secret to getting back that ingenuous optimism of a beginning medical student.

Roger Harrie is an ophthalmologist.

Medical board tests are worse than airport security 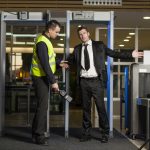 The secret to ending cynicism in medicine
4 comments