When I decided to become a doctor, little did I know that medical school and residency would be like a hazing for future physicians. We are broken down mentally and physically and then remade in the image of the “strong” doctor and to admit to being sick is equivalent to being weak. We are publicly shamed for admitting we don’t know the answer to daily pimping on morning rounds. We are expected to perform at the top of our game whether it’s first thing in the morning or if we haven’t slept for 24 hours. Mistakes are not tolerated. Is it any wonder that we can’t admit to a patient that we don’t know something?

I’ve been pretty lucky to have mostly avoided being on the other side of the medical relationship as a patient or family member of a patient. But, when I’ve been there, I can tell you that where we doctors think we’ve done a great job of solving problems or explaining issues doesn’t always translate as stellar work on the other side. Here is some advice I wish I’d received as a fledgling doctor.

1. The gunshot approach is not cool.

I took my Dad to see a doctor once because he was having difficulty breathing. As is the case with most seniors, there were many potential reasons for his shortness of breath. Instead of a conversation, what we got was a doctor who never looked me in the eye or spoke to me. And one who didn’t do a cursory exam on my Dad and then proceeded to treat him for bronchitis with a Z-Pak, congestive heart failure with a diuretic and rushed out of the room, leaving an order for an outpatient chest X-ray fluttering in the breeze.

Maybe she felt she’d covered all of the medical bases. Maybe her medical decision-making was on-point. But I can say from the patient side that we left completely in the dark and unsatisfied. Sometimes a gunshot approach is appropriate until the clinical picture becomes clearer. But, it shouldn’t be your knee jerk response, and it won’t kill you to actually explain your thought process to the patient or his family members.

It can be terrifying to admit you don’t know something. But, what might be construed as a weakness is actually often encouraged by the responses I get from my patients who express appreciation at my honesty. Who knew that being honest about not knowing stuff would be a good thing?

No one knows everything. Faking it until you make it is another big no-no, in my opinion, but I see it happen a lot. Admitting you don’t know should be followed up with a discussion of how you’re going to find out or who you need to have a patient consult with for the answers. Patients can tell when you’re faking it. And, trust me, it doesn’t do wonders for your relationship or the public’s general opinion of doctors.

3. Make sure you and your patient both understand when the medical problem has been adequately addressed.

I know what it’s like to move down that medical algorithm in your head to narrow down the possible medical issues you need to address with your patient. Once you’ve reached the bottom of your algorithm doesn’t mean the problem is resolved. You may have ruled out all of the “bad” things or the diagnoses you feel you need to rule out. But if the patient’s symptoms aren’t better, what have you accomplished aside from the desire to pat yourself on the back for having gone through all of the “right” medical steps? From the perspective of the patient, I can tell you it feels like it was all a waste of time. What can you do to advise the patient on managing their symptoms? What other possibilities are there to consider that are maybe not in your wheelhouse but might be in someone else’s? Your role is to help your patient problem-solve their medical problem. Don’t close the chapter on this encounter just because you feel satisfied you’ve done everything. Your patient may not see it the same way.

4. Please tell me straight out if the prognosis stinks.

I’m not saying that you should destroy your patient’s sense of hope, but if it would be clear to a 10 year old that things are not going well, it’s OK to say that things are not going well. When the obvious reality doesn’t match the words coming out of your doctor’s mouth, I can say that it is very disconcerting. The patient and her family members may not see the obvious. It puts the onus on the patient or her family to bring up the dark truth. That’s a lot to ask when they are already overwhelmed.

Being frank about the prognosis opens up the door to a conversation about expectations, preparations emotionally and practically for what is to come, an opportunity to focus on what can be done as opposed to what can’t be done and puts everyone on the same page. This doesn’t always work out gracefully because everyone’s response to the stress of a very ill family member is different, but the family is looking to you — the doctor — to guide them into these uncharted waters. Please carry the torch with confidence.

5. Be cognizant of who is in earshot.

I honestly cringe when I listen to some of the conversations physicians and other staff have within earshot of patients and their loved ones. We are human, but being a patient is one of life’s most stressful experiences.

Every word uttered in front of you and near you can be misconstrued. If you’ve just been told your son was in a horrific car accident, and you see him on a ventilator with tubes coming out of what seems like every orifice — hearing boisterous laughing from outside his room while he is being attended to can be infuriating. In health care, we often laugh and joke as a way to cope, but we need to remember that those around us may not appreciate the sentiment.

Being a doctor encompasses more than learning the science, keeping up with the medical literature, learning new procedures, or entering endless amounts of data into a computer. The essence of doctoring happens at the bedside. We should work to undo the hazing effects we experience as trainees by treating each other, those we work with, and ourselves with kindness and respect. This can only translate to a better relationship with our patients and the public’s relationship with doctors. 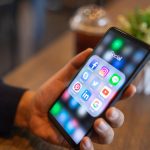 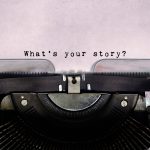