“What About Recovery” is a provocative essay by Yale professor Lenore Buckley, MD, in JAMA.

She writes in detail about the death of her 68-year-old brother in a hospital. She felt his doctors did not do enough to help him recover because his nutritional and physical therapy needs were not met.

However, there’s more to it. She calls out the system existing in every hospital I’m aware of writing, “During his month-long admission, my brother’s care was directed by rotating groups of medical specialists, each giving advice about the problem in their area of expertise, but no one focused on his overall recovery.”

Another point Dr. Buckley made was this, “The house staff and attendings were well trained and well-intentioned physicians, but they changed frequently and barely got to know my brother before they moved on.” Amen.

Dr. Buckley did not mention the word “hospitalist,” but I think a major cause of the problem could be the “hospitalist movement.”

A 2016 New England Journal opinion piece by Dr. Richard Gunderman entitled “Hospitalists and the Decline of Comprehensive Care” raised several issues. He said, “As the number of physicians caring for a patient increases, the depth of the relationship between patient and physician tends to diminish.” The involvement of more physicians leads to more “opportunities for miscommunication and discoordination, particularly at admission and discharge.”

Communication problems can occur during the hospitalization too. With multiple handoffs among hospitalists, important issues may fall through the cracks. Sometimes consultants have no idea who the patient’s hospitalist is because in some institutions, they may change as often as every 24 hours. Treatment recommendations buried in thousand-word notes can be easily overlooked, and conversations between physicians are few.

Eliminating the patient’s primary care physician from the inpatient care team allows the PCP to see more patients in the office, but it comes with a price. The PCP, who is trusted by the patient and knows the patient best, is not involved in patient care and decision-making.

Here is a chart depicting the increase in the number of hospitalists since 2003. 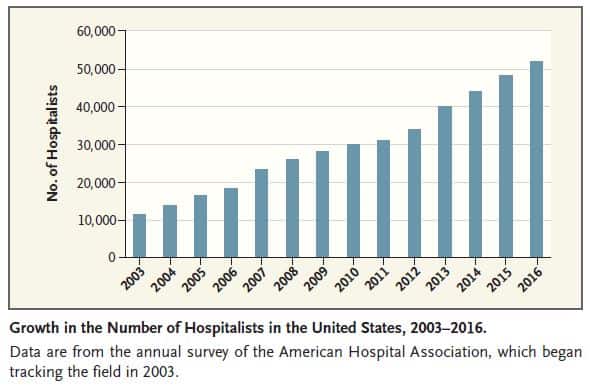 More than 50,000 hospitalists are practicing in the U.S. That is more than twice as many as the next largest internal medicine subspecialty—cardiology.

I fear the fragmentation of medical care in the U.S. will only get worse.

Physicians, do you suffer from "Someday Syndrome"? 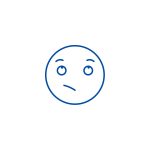 An American physician in Sweden. Here's what he thought about its health care. 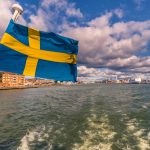 Are hospitalists to blame for the fragmentation of medical care?
9 comments