How do you respond when patients with a good prognosis want to delay chemotherapy to try an anticancer diet for a few months or visit an unregulated clinic for unproven therapies? I’m asking because of an alarming finding of ASCO’s 2018 National Cancer Opinion Survey: “Nearly 4 in 10 Americans believe cancer can be cured solely through alternative therapies …” Clearly, we have a problem in today’s discussion about cancer treatments. What can clinicians do?

I’ve been thinking about this issue since my days in medical school in the late 1970s. During an externship in oncology, I witnessed the frustration of physicians and nurses when a patient with treatable disease skipped therapy to fly to Mexico for the alternative treatment commonly known as Laetrile. One mentor expressed sad acceptance. My bewilderment convinced me that, along with learning to diagnose and treat disease, I needed to learn how to talk to patients about therapies.

Years later, after the hardening of medical training and while working in the pressure cooker of a solo internal medicine practice, I routinely asked patients about their use of alternative therapies. If patients reported using them, I reviewed what science told us, made my recommendations, and promised to continue providing the best care I could, whatever they decided.

Patients who supplemented my prescriptions with harmless concoctions did not trouble me much. Those who rejected effective therapies, however, pushed me to try harder. Calmly but firmly, I would state my case, bolstered with facts and statistics. Then I’d ask patients to repeat back what they had heard. If patients demonstrated an understanding and still chose to decline effective therapies, I felt I’d fulfilled my obligations yet had somehow failed them. What was I missing?

Conventional vs. alternative therapies: How we talk about hope

An experience a few years into my own cancer survivorship offered clues. For two and a half years, I’d dismissed calls and letters from people urging me to try alternative cancer “cures.” Confidently, I’d invested my hope of recovery in conventional therapies. Then my cancer recurred a second time. My treatment options narrowed, my prognosis worsened, and my hope of survival waned. With three young children at home, I began reading about alternative cancer “cures” with the mind of a scientist and the heart of a mother desperate to survive.

My foray into alternative methods was short-lived, humbling, and instructive. It precipitated a quest to understand why patients might turn their back on effective therapies. Of the varied and complex reasons, one is how we talk about hope and conventional therapies.

As a patient, I experienced how invitations to try alternative “cures” stirred my hope in ways discussions of conventional therapies did not. For one thing, those pitches supported their claims with stories, not statistics. Because our perception of our future affects our hope, the happy-ending testimonials fueled my hope by providing templates for envisioning my own happy survival. In contrast, conventional therapy’s focus on statistics highlighted the uncertainty, which intensified my fear.

In addition, feeling hopeful about a variety of desires may stir a general sense of hopefulness. The ads for alternative therapies encouraged me to hold on to many of my hopes, such as the hope to avoid toxicity and the hope to minimize disruptions in my life. Conventional medicine, with its focus on efficacy, seemed to demand I let go of those hopes—losses that increased my sense of vulnerability and impotence.

For the first time, I appreciated how much courage patients may need to resist the lure of alternative “cures.” Where did I find the courage? All along, I’d understood that anecdotes don’t tell me why those good outcomes happened or whether a good outcome could happen for me. And I’d believed that realistic hope based on science helped me more than hope based on wishful thinking.

The realization that made all the difference was this: more than I hoped to avoid toxic treatments, I hoped to get the treatments that gave me the best chance. Mundane “more than” phraseology transformed my outlook by shifting my focus away from hoping to survive to hoping to make the best decision. That specific hope calmed me because it was short term and empowering; I felt some control over bringing it to fruition. My confidence in my doctors’ and nurses’ expertise and my sense that they truly cared about me helped my hope grow strong.

Mixing in hope with facts and statistics

Reflecting on my interactions with my patients, I wonder whether the problem was that I never mentioned hope in my discussion of the facts and statistics about treatment options. After all, hope drives patients’ actions. I now believe I would have done better to begin the discussion of treatment options by asking, “What are you hoping for?” Patients’ answers would have provided a back door to insights about their goals of care.

Then I could have asked my patients to prioritize their hopes: “Of all the things you’re hoping for, which are your top one or two?” This would have encouraged them to hold on to many hopes. It would have given me an opening to help them see the benefit of letting certain hopes slip into the background if sabotaging their top hopes. I could have emphasized the vital role of their treatment decision in what happens, adding, “I’m hoping to work together in making the best decision for you.” This would have encouraged patients to focus on the hope of making the best decision.

To address patients’ fears about toxicity, I could have added, “We will take steps to keep your treatments as safe as possible without compromising their ability to help you.” By telling patients I shared their hope to avoid toxicity, I would have encouraged them to continue holding on to that hope in a way that did not jeopardize their top-priority hopes.

As a segue to a discussion of treatment options, I could have said, “I am hoping for the best possible outcome for you.” In mere seconds, that would have shown compassion and helped build the trust that strengthens clinician-patient bonds.

Before concluding the discussion of options, I could have shared a success story and referred to ongoing research. Doing so would have set the stage for patients to envision a better tomorrow, a perception of the future that might have nurtured their hope.

The 2018 ASCO National Cancer Opinion Survey documented an epidemic of false hope. Talking with patients about hope before presenting treatment options may help them hear and weigh the facts and statistics needed to make informed decisions. I’m not suggesting this approach will solve the problem. I’m offering it as one way to start conversations that help patients experience the realistic hope of conventional therapies.

Wendy S. Harpham is an internal medicine physician and can be reached on Twitter @wendyharpham. This article originally appeared in the ASCO Post. 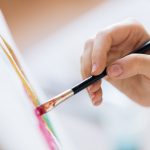 Dealing with the pressures of learning as a physician-in-training 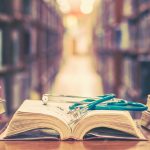