As he stuck his ungloved finger on the parched tongue bearing the color of pale salmon, he called out for the visiting medical student. It was my first official medical rounds in a university hospital in Khartoum as a Sudanese-American medical student, visiting my “native” country, an experience afforded through a global health project spawned in Farmington, Connecticut. The sea of wide-eyed Sudanese students parted, and I found myself floating to the front.

“Blisters. I see blisters … a lot of blisters, in peculiar linear patterns scattered on the patient’s chest, face, and back.”

“So what is the likely diagnosis?”

I lined up the differential in my mind. No final diagnosis: Just possibilities that would surely be confirmed in the obligatory battery of testing to be done. Thankfully, he didn’t wait for my answer.

“Likely herpes zoster due to AIDS,” he explained, removing his hands from the patient’s mouth, walking toward the sink while launching into his academic sermon directed at feverish pens on notepads.

What? My first thought: Where were his gloves? The answer came a few minutes later as we walked passed a clothesline of washed disposable gloves hanging to be dried. Clearly, this was not a commodity to be used lightly here, at one of the largest teaching hospitals in the capital city, of the largest country in Africa, in the year 2000. Day after day, for an entire month, I bore witness to the resilience of the physicians of Sudan. Practicing medicine in Sudan meant conforming to the conditions and taking on an obligatory personal risk. Abandoning universal precautions was just the tip of the iceberg.

Over the years, physicians of Sudan bore the brunt of delivering medical care in an increasingly impoverished system. Conversations and interactions with these caregivers transformed the course of my career and informed my decision to train at Bellevue hospital for my medical residency. As I tended to the marginalized populations of one of the world’s largest cities, thousands of miles away from Sudan, the similarities in physicians’ sense of duty and calling were striking.

Since December, the Sudanese people have taken to the streets demanding civilian rule and an end to a 30-year military dictatorship that has split the country into two, supported a brutal genocide in Darfur, and created intolerable economic conditions. Tensions came to a head on June 3rd when increasingly desperate government forces conducted a massacre of hundreds of peaceful protesters, and Sudan leapt onto the international stage, propelled by social media platforms. In the ensuing popular outrage expressed by celebrities, organizations, and politicians alike and the emergence of hashtags such as #BlueforSudan and IamtheSudanRevolution taking the internet by storm, it is those wide-eyed medical students, now physicians at the frontline, that I write about.

The physicians of the Sudan have led political change and played major roles in overthrowing dictatorships in 1964 and 1985. They have led demonstrations, organized strikes, and formed charities in attempts to call attention to the plight of their people. In the current revolution, our physician colleagues have been tortured, murdered, and raped while continuing to treat protester casualties, setting up make-shift emergency clinics, and covering 24-hour shifts of frontline caregiving. Human Rights Watch has reported on threats made to doctors in attempts to cover up evidence gathered during medical investigations of casualties. Several reports describe the use of especially brutal detention protocols targeted at physicians. Yet the doctors remain resolute, defiant. On the 4th of July, they emerged triumphant with the forging of a power-sharing agreement between the military government forces and the civilian forces for freedom and change. Doctors now sit at the highest table: the sovereign council.

As an American physician drawing parallels, I often think of my colleagues in the Sudan when considering public health crises we face in our own system. #Thisisourlane campaigns around gun violence and decades of physician rhetoric on the need for universal health coverage haven’t led to the sweeping changes of physician-led revolutions internationally. Although some of the most consequential public policy issues have been raised due to the hard work of physicians like Dr. Mona Hanna-Attisha, of the Flint water crisis, these are usually solitary voices, “whistleblower” roles assumed by the brave.

Is it collective complacency in a world increasingly run by lobbyists and special interests? Or a shared sense of defeat as a result of negative publicity on physician misconduct? Or maybe we are just too busy. At a recent meeting I attended, I recall the keynote speaker, a high-ranking, extremely influential politician, saying, “Listen. Here’s a secret: when a doctor writes a letter, I definitely read it personally. When multiple doctors write me a letter, it’s an emergency.” In a room full of doctors, you could hear a pin drop as the realization set in. It seems American physicians are not recognizing what those Sudanese doctors (under military dictatorship, without legal unions, without government representation, or financial means), have known for decades: doctors hold a privileged position in our own communities, one with a voice seemingly louder than the rest, should we choose to use it.

This is a call for pause, to raise our heads from the books, articles, paperwork, and procedures, and take a look around us. We need to lean into our community of physicians and start speaking with unified voices, whether in the confines of our distinct smaller communities, or on the larger international arena. Let us grab the reins, organize, and take action. Let us recognize that our professional bonds extend beyond national boundaries, driven by our collective responsibilities toward one universal condition: the human one. Let us create globally-minded physician-led think tanks, foundations, and organizations that are not preoccupied with boots-on-the-ground crisis management efforts but forward-thinking, vectors of sustainable movements for change. Let us see Sudan’s revolution as an awakening of the global physician consciousness. 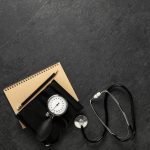 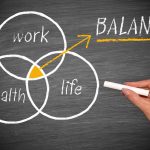