After finishing the pitch for my book at a recent Harvard Writers’ Conference in Boston, I felt relieved and encouraged by the judges’ comments. As I waited for my turn at the podium, I glanced above my notes over the faces of 300 of my fellow attendees who had accomplished so much in their respective fields of medicine, nursing, and counseling.

The pitches made by these would-be authors revealed an amazing resilience to the human condition. One attendee had been put up for adoption and became a prostitute to survive his surroundings. Another speaker, a physician father, reported his son’s road to “recovery” from heroin addiction, captured in his late son’s journal. He proposed ways for parents to intervene before it is too late. The meeting erupted in applause when he finished his pitch. Women described ways to become “badass” to face discrimination and attempted sexual harassment. How to overcome psychological and physical wounds became a recurrent theme.

The challenge for many of those pitching an idea for a book in 70 seconds or less involved relating individual stories of triumph over tragedy. Often, the presenters exposed themselves to an emotional cauldron to bare their hearts and souls to fellow attendees.

Pitch coaches labored unselfishly to strengthen what we proposed to write without a hint of condescension. These committed professionals led us on a journey of creation, improvement, and commitment. They gave us confidence in our work and mission. If we don’t believe in our work, who will? The course organizer, Julie Silver MD, created a supportive environment for stretching our talents and for surrendering control to the experts.

The energy level of attendees was unlike anything I have experienced. Dr. Silver assembled a dynamic faculty and scheduled time for interaction with publishers and agents. Returning in 2019 for a second helping of how to write nonfiction gave me a greater appreciation of what I want to accomplish and the confidence to try something I did not attempt during my medical career.

Writing puts your personality and intelligence out there for public consumption, particularly in the case of social media. Extreme consequences may arise from assuming a controversial position, as in the case of the radiologist reporting the increased magnitude of tissue damage caused by high-velocity bullet injuries. Her argument against assault weapons won her many followers, both pro and con. Dr. Silver’s recommendation regarding blogging on controversial subjects is to prepare for fallout ahead of time. She cautioned us not to engage a negative Tweet if a constructive dialogue is unlikely.

Will I get my memoir published? Time will tell, but I spoke with an acquisitions editor who gave me both a positive review of my pitch and the courtesy of commenting on my book outline. Once I submit my formal book proposal, I will wait, just like so many other authors have waited, for a positive response. I remain hopeful that the stories of the patients who inspired me in practice may be shared with a larger audience.

Doctors, listen up! You'll be a patient soon. 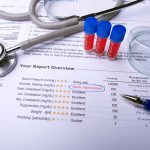 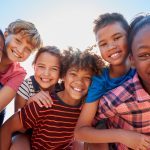