If you ask people if there is evil in the world, a lot of them will smile politely at such an obviously Medieval (or Neanderthal) view of the world.  Which, of course, is a bit of an insult to both groups who were from all evidence quite intelligent folks.

Some might rattle off some examples of evil.  Things like intolerance, racism, sexism, homophobia, transphobia, Islamophobia, and assorted others.  Disregard for the imminent disaster of climate change would likely rise to the level of “evil.” Ditto for cruelty to animals, or plants depending on who was making the list. We seem to be discovering new evils and offenses with some regularity.

Mind you, nobody should be treated with cruelty or discrimination.  Nor should animals. And we should be good stewards of the world we’re given!

But old fashioned evil?  You know, those things old people like me call “sins”?  Laughable to many, I fear.  But if there’s anything I have learned in 26 years of working in emergency departments, it’s that there are evil people and they do evil things.

Their evils?   Well, it’s my article so I can so what I want for as long as I like and word counts be damned.  However, I won’t go on forever.  But I will suggest, for instance, that it’s intolerably evil for anyone to abuse a child.  I’ve seen children with multiple broken bones, with brain hemorrhages, with bruises. I’ve seen children I suspected were sexually assaulted.  I’ve seen other kids whose wounds are far deeper, and whose fearful eyes and closed posture suggest that they expect at any moment to be the victim of cruel words if not physical pain.  Evil.

Drunk driving?  Yeah, I fear it’s high on my list.  It’s a terribly dangerous thing to get behind the wheel of a car and drive down the road with utter disregard for the devastation, pain and life-long suffering or grief you might cause.

Assault and murder? Pretty terrible stuff.  I grew up with peaceful parents in a peaceful place. I never had any desire to hurt anyone. (Well, there was that kid in grade school but I outgrew it.)  And yet, drugs and gangs, and the money associated cause vast amounts of death and disability.  As do stupid drunken arguments, ridiculous fights between men and women who are jealous or just looking for a fight to distract them.  So often these situations end in grave wounds or death.  Murder and assault are evil.

Domestic violence?  Absolutely.  It’s intolerable to be physically or emotionally cruel to your alleged loved one.  It may have been a learned behavior, but it’s still wicked.  The women and men so abused develop wounds of the heart even longer lasting than their purple bruises; they last for life.  That’s evil.

Sexual assault?  How can anyone do such a thing?  How can anyone decide that another human being deserves to be forced to engage in the most intimate act available to humans?  The drive for sex and violence must be so deeply intertwined in some that they justify it; but it, as so many things, is evil and utterly unacceptable.

Neglect of, or cruelty to, the elderly.  This is horrible.  To leave aged family members in filthy clothes, in filthy beds, unwilling to do anything that might help them, because it might interrupt the check their presence brings to the house?  Unimaginable.  They get bruises too. And infections. And sores because they cannot clean themselves or climb out of their detestable beds.  And when they do end up in the hospital?  All too often it’s a chance for reprobate children and grandchildren to go to the house and go through the “things” that belong to that pesky but still alive grandparent — wicked, wicked, wicked.

Human trafficking?  Unimaginable. I worry sometimes that I missed the signs at some point; that I could have rescued someone but didn’t.  I’m trying to stay attuned to this because it’s an unimaginably large, lucrative business around the world.  But if you’re willing to kidnap, buy and sell another person?  You’re nothing but wicked and deserving of prison (or possibly worse), as are so many of those who do the things I’ve listed above.

I could go on, of course. But my point is that it’s a dark world out there. Thank God it’s better than it has been by far!  We live in wonderful times, and our odds of being murdered, or abducted or of having other horrible things happen are still much lower than in years past.

And yet, if someone asks me, “Is there such a thing as evil? Are there evil people?” I’ll have to say, “without a doubt.”  In part because my Christian theology teaches it. But also because I have had my belief confirmed by working in the real world, and caring for both the victims and assailants, the kind and the dangerous over the years.

Few things relieve us of our delusions about human nature like working, day and night in a busy ER.

It’s high time we remembered, and taught our children, that it’s one thing to be kind to others.  It’s quite another to believe that everyone is trustworthy.  And that evil is alive and well in the world, and worthy of their constant attention in avoiding its minions. And worth a lifetime’s efforts in trying to change the hearts of the evil and repair the damage they have done in their short but devastating courses on earth.

“Then the Lord saw that the wickedness of man was great on the earth and that every intent of the thoughts of his heart was only evil continually.”
– Genesis 6:5

Pretty much sums it up.

Be careful out there people. 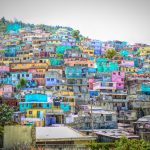 The inflammatory myopathies rap video you didn't know you needed 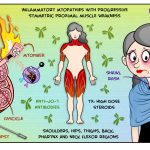