How doctors treat patients’ need for information has changed significantly over the past decades. Sixty years ago medical practice was much more paternalistic than it is now, although some would say it continues to be so in important ways. Still, not too long ago it was common for doctors to tell patients or their families next to nothing about what was going on. The presumption always was: the doctor knows best. A corollary to this attitude was that telling patients and families the truth, accurately explaining the ins and outs of what was happening in a way they could understand, placed an unreasonable psychic burden on them; only the doctor had the strength of character to bear this burden.

As a profession, we no longer espouse that viewpoint. These days we maintain, or ought to, that patients are the ones who control their care. This does not mean patients call all the shots and select all aspects of what the doctor will do, but it does mean patients are in charge of important decisions affecting their bodies. For children, this means parents make the key choices.

It is the doctor’s obligation to explain to you, in a way you can understand, what is wrong with your child and what he proposes to do about it. Sometimes parents feel as if they are imposing on the doctor, inappropriately taking up his time, when they ask him to convince them he is evaluating their child in the best way. This is decidedly not so. The doctor who is a nonexplainer can suggest such a thing to parents by either resisting their questions or by implying he is doing them a courtesy by answering them. He is not doing them a favor; answering their questions is part of his job.

Parents who find their child being evaluated by a nonexplaining physician should simply press him for answers until they are satisfied. There is generally no need for confrontation. In fact, I have observed physicians who are chronic nonexplainers actually think they explain things satisfactorily, and are genuinely surprised when told they do not. So most times the nonexplaining doctor is simply a variety of the poorly explaining doctor.

There are some physicians who do a reasonably good job explaining what they think is the problem, but who for some reason resist telling parents the details about the tests they are ordering. Doctors like this often say something to the parents like, “We’ll check some tests,” and then leave it at that. But it is parents who will be doing the lion’s share of the actual explaining to their children about what is happening, so parents need to know explicit details about what is going to happen. Any parent who has dealt with the constant “Mommy why?” of a five-year-old knows this well. So ask about those tests, particularly if they involve anything painful for your child. 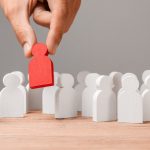 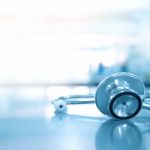