I’ve been a doctor for a year. I’ve been out as bisexual for much longer. (I used to joke that my sexual orientation was old enough to order at a bar, but now it’s on the slog towards being able to rent its own car.)

With June comes Pride, and with Pride come so many feelings, I have difficulty organizing them all. My fierce love for my community, pain at how fragmented and unsupportive the community can be at times, pain at how societal rejection still profoundly affects us, fear for our future under a hostile political leadership. My research — undergraduate, graduate, and in medical school — has always been about being LGBTQIA+. I remain deeply concerned with how our understanding of community is changing and evolving, how we construct the kind of support and found families that have helped us survive.

The LGBTQIA+ community is not a monolithic institution. Our geographic density varies widely. There are no good estimates of our prevalence in the population. People under different letters of the acronym can have wildly different feelings about who “belongs” in the community, and there is no umbrella term that everyone can agree on as both totally inclusive and non-offensive. I use “queer” and “bisexual” to describe myself, and why I do is part of a different article. We can’t be approached as if all LGBTQIA+ patients are the same. Our needs and wants vary from person to person, as in any group.

What we are is united by a common purpose. We want a better world. Although we may disagree among ourselves about what that looks like, Pride is a global, visible expression of that drive. We want the world to understand that we have every right to be here. We always have. Whether or not you agree with us, it remains true.

I can’t tell you for certain when I first went to Pride.  I can tell you about the last time I went, though. I was in medical school. I was very busy and hadn’t planned on going. In Seattle, there are a lot of us. The parade takes hours to roll by.

Then Orlando happened. Straight people might not immediately remember what I’m talking about, but in the community, the reaction is immediate: Pulse. The gay nightclub where a predominantly Latinx group of people, many of them trans women, were getting together to celebrate, to see friends, was attacked by a shooter with semi-automatic weapons. Forty-nine people were killed, fifty-three more wounded.

The idea of killing us isn’t new. I remember the news coverage of Matthew Shepard’s murder vividly; in middle school, I was regularly being asked if I knew I was going to Hell. I had been threatened. I knew people might try to kill me. I had never imagined someone killing so many of us before.

I couldn’t study that day. I remember trying to, staring at my flashcards, and instead, crying. I cried because these weren’t people I knew, but they were my people. When Pride happened, just a couple of weeks later, I bought spray-paint; I made a sign with hand-stenciled letters; I marched. Because it was important to me to show the world that we would not be kept inside, hidden, invisible, out of fear. Pride has always been a celebration of defiance.

We have historically been kept out of positions of power. We have been pathologized by the medical establishment. It is only through sustained effort that we have been slowly accepted as natural variation and admitted into the ranks of doctors. I see the existence of queer doctors as absolutely integral to the health of our community, both because of my personal experiences and because of my research. Medicine is still profoundly homophobic, transphobic, biphobic, and I face that in my training.

This year, as Pride looms, I’m busy. I’m working, and I’m preparing to move. I have a pride flag hanging in my window, and I’m hoping that several of my neighbors will put theirs up — last year we had bisexual, trans, and gay pride flags up in a row. I was out long before I started residency, and I made a point of coming out in residency interviews because I had no desire to spend years of my life with a program that wouldn’t welcome me. I’ve come out over and over again: to friends and family, in essays for scholarships and for college applications, in classes, to colleagues, in public forums.

I have seen patients in clinic and in the hospital this year who point to the pins I wear on my badge: gay, bisexual, and trans pride flags, in the shape of hearts. Some shyly tell me which one they identify with. Some comment on the flags that are absent (lesbian, asexual, aromantic, just to name a few; I reassure them that it’s only a lack of space). The shift in how a patient approaches me after seeing the pins is noticeable. I love that I have the chance to offer this to my community: a doctor who sees you. Not just the stigma. Who isn’t struggling to remember the “correct” way to refer to you, who understands why you need antidepressants and a referral to psychiatric care, who knows where substance dependence comes from and why our community suffers so much from it, who won’t attempt unnecessary, invasive exams “just to see.” I have a lot to learn, but I’m here. I’m queer. I’ll be your primary care provider.

The meaning of Pride, now that I’m in medicine, has deepened for me. It is no longer just about finding family, but about becoming part of that support we offer each other, and being able to do that from the position of privilege and authority that doctors occupy. I can’t rescue us from the past, but I can be part of building that better world we are all hoping for. 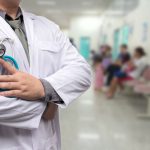 What doctors can learn from Jay-Z 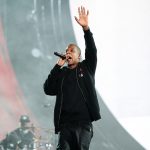