This message is for all of the women who have forged their paths in medicine, hoping the next generation would come closer to shattering an increasingly fragile glass ceiling. This message is especially for my mother.

The most influential female educators I have ever met have been the physicians I have encountered in my medical training, the first of whom I met the day I was born. I recall hearing stories about how difficult it was being a mother during residency and early years of medical practice in the 1980s to 1990s, but I was too young to fully appreciate them. Were it not for experiencing some of these obstacles myself in my own medical training almost three decades later, I still would not understand.

During medical school, my classmates and I heard innumerable accounts of the difficulties female physicians faced during their training. If you as the reader are one of these women, and if by chance nobody has said it to you yet: thank you. Thank you for standing your ground when you nearly got expelled from your residency when you became pregnant. Thank you for doing right by your patients, even when it meant speaking up to challenge a senior physician’s incorrect diagnosis. Thank you for working as hard as you did during residency, even though you were told you’d never be chief resident despite being the most capable resident in your program because you were too outspoken for a woman and didn’t lay low enough.

Women of my generation have experienced our own challenges in medicine, certainly, but I am confident that times are changing. The path that all of you tenacious, resilient, supportive women have created has become smoother. I hope that at least one woman from my generation of physicians has thanked you. Thank you for your sacrifices. Thank you for hanging in there, for paving the way for us, for bequeathing us the promise of long, productive careers which we may continue while we raise our families.

Your efforts were successful. The latest generation of female medical students, who now comprise the majority of medical student applicants and matriculants, is flourishing, and for this, we are so grateful. Because of strong women like you, my colleagues and I have limitations on work hours, maternity leave that is met with less hostility, and we are inching closer toward equal pay. The system is shifting so that women in medicine are seen as colleagues, rather than inferiors, to their male counterparts. Medicine, at long last, is moving in a direction of mutual respect between genders. Medical schools are taking greater care to ensure equal educational opportunities for all students, regardless of gender. Gender discrimination and harassment will no longer be tolerated in medical training programs. You and the others who came before us helped create an environment where all are free to learn and free to teach.

I have often heard that the environment we are now trained in is “too soft.” I do not see it that way. Supporting students and residents, rather than making their lives a living hell, does not mean that these young physicians will not be just as successful, talented, confident, and hard-working as their predecessors. On the contrary, they will grow to their full potential more quickly, having trained in an environment free of dismissal, criticism, and insecurity.

A novelty of my generation is the influence of social media on female medical personnel. There are now a number of young female physicians and other health care workers on social media who are role models for women in health care and who have described their experiences in the workplace when they were training, and used these experiences to discuss the importance of change. Where once it was commonplace to dismiss a female colleague, harass her, interrupt her, threaten to fire her, or put her in the most impossible and even dangerous situation simply because of her gender, these actions are no longer acceptable. It is women like you who are making sure of it. Thank you.

To determine whether the baby boomer generation and generation X female physicians have been “successful” in their efforts to improve the lives of subsequent female physicians, we need to examine whether the subsequent generations are increasingly able to meet their own goals, even if these differ from the goals of the generations forging the initial path. The current generation of young physicians, in a world revolving around technology, instant gratification, and work-life balance, is more readily able to achieve their goals. Work-life balance especially has significantly improved for us, and we will likely be happier on a day-to-day basis in our medical environment and with our overall lifestyles compared to women of past generations. We will, therefore, be better prepared to battle the burnout which has plagued our profession and in doing so, will better serve our patients.

This is not to say that we are there yet. We are not. However, equally important as making progress is recognizing progress which has been made. It is the responsibility of this generation of young female physicians to continue to work hard to improve the medical training experience of future generations. But because of you, we will be well equipped to do so. There is power in numbers. The fact that there are more women than men in medical schools today, and that the patient care provided by female physicians results in equal or better outcomes to that of our male counterparts constitute a resounding validation of our place in our profession.

To the women who came before me, it is because of you that the opportunities I now have as a newly minted physician have arisen. I will have more humane work hours, more time to pursue my interests outside of medicine, and a better work-life balance overall because of the efforts you have made. Thank you. I will continue to work as hard as I can in my chosen field, but I believe that the changes you brought to our profession will enhance my career satisfaction, and have emboldened me to continue making a career in medicine rewarding for the generations to come. Thank you for forging this path that my colleagues and I will strive to maintain and enhance.

Rebecca Lane is a physician.

40 pro tips for your loved ones' ER visits 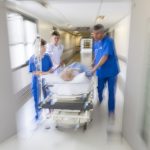 Career or the egg? Is it time to put pregnancy first? 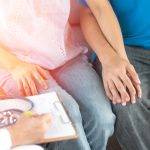 To the female physicians who came before me
3 comments