I’ve been a doctor for a bit under a year now. I am a family medicine intern, working in blocks at a city hospital, wearing a lot of different hats. Sometimes I’m on the labor and delivery floor, helping new lives begin; sometimes I’m on the family medicine service, caring for ill patients who may be dying. Some of the moments that have stuck with me the most this year are times where our team has talked with patients and families about end of life care. There are few things more difficult for a family than trying to make specific, technical, medical decisions when their loved one is no longer able to tell us about their wishes.

It’s impossible, as a layperson, to have a complete understanding of what all the technical elements of medical care involve. That’s what the medical team is there for. The many different team members help put together the complex puzzle that is care.

What that means for family members is that there may come a point where someone on the medical team asks you a specific question that you will not know how to answer.

“Would your father want to be intubated?”

It’s never as simple as the old television standby: “Do everything!” Because everything is a tricky word. Does everything include doing chest compressions on someone whose ribs are so fragile from cancerous lesions that they will certainly break during compressions and are highly likely to puncture lungs and cause pain, without having any meaningful chance of reviving the patient? Every patient’s condition and situation is unique. What makes perfect sense for one patient may not make sense at all for another.

Which is why I think it is so important to talk with family members about their wishes long, long before you think you’ll need to. Not only because that takes some of the fear out of it, but because the world is an unpredictable place. I’ve cared for people in their twenties with colon cancer; who expects that? Who imagines that for their child? But it happens.

It can be challenging to talk about “wishes” in the abstract. It will always be a thornier question once the unthinkable has happened. Someone who has told family in the past, “I would never want to be on a ventilator,” may be in a situation where doctors think there is a good chance that they will recover enough to come off the ventilator. In that case, should the family consent for the intubation?

The patient I still feel the most responsibility for — the patient I felt the worst about being unable to help, in any meaningful sense — was an elderly patient with a terminal condition. He had lost his hearing long before, and now was in a country where he did not speak the language. We often use virtual interpreters in the hospital, which enables us to have an interpreter who can see the patient and communicate better than a telephonic interpreter alone would be able to. He could not hear the virtual interpreters, even with the volume turned up all the way. He refused to use earphones that might have helped (but which often create unpleasant feedback). He had had a stroke in the past and had difficulty forming words, so the interpreters were unable to hear him. His family members, scattered widely across the globe, were trying to be at his bedside, but were not there much of the time. We tried having translations for “thirsty,” “hungry,” “pain,” written on a sheet of paper for him to point to, but it was not clear whether he understood this well or was lucid enough to use them.

Over several night shifts, I was called to his room many times. He would often point to his calves and then to “pain.” His nurses would look at me with frustration in their faces: we could give him more medicine for pain, but we would risk suppressing his breathing, and it might be fatal. We would need the family’s consent to make comfort the goal of his care. The family members were trying to hold on until one child, across the world, could get there.

One night I arrived at three in the morning to find that his breathing was dangerously constricted. I spent a long time with him that morning as the respiratory therapy team worked, feeling helpless, and ultimately ended up doing what small things I could: offering him a little sponge on a stick dipped in water. He couldn’t have fluids by mouth because of the choking hazard, despite the fact that he often pointed to “thirsty.” I couldn’t help thinking that if his family were there, to see what I saw, they would abandon the futile quest to keep him alive despite the enormous amount of suffering he was experiencing.

As I dipped the sponge back into the paper cup of water to moisten it, I would see pink threads unspooling in the water — blood and torn ribbons of his gums as his body disintegrated. He was not going to heal; the question now was how he would die.

When he passed, we lit a candle to honor him, as we do for all our patients.

I went home. And the next time I saw my family members, I said, “There’s something we should talk about.”

Have the tough conversations now. Ask your loved ones what they would want if they were too ill to make their own decisions. Ask about breathing tubes, feeding tubes, when they would and would not want antibiotics, whether it would be more important to them to be mentally lucid or to be free of pain. Recognize that these conversations won’t be enough, because there will always be nuances and details you didn’t prepare for. But these conversations are tremendously important in helping you understand what is important to your loved ones when those difficult decisions come up. 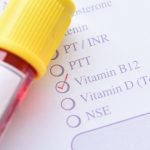 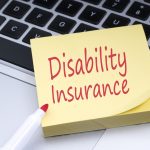